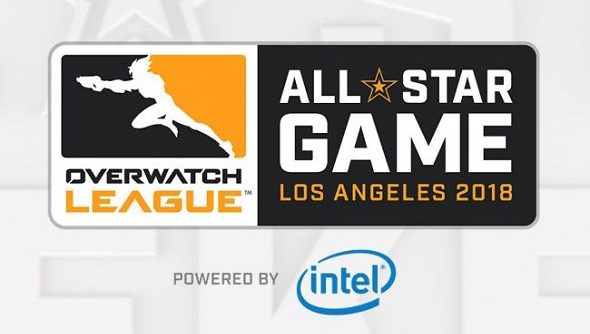 The starting line-ups for Overwatch League’s All-Star match-ups have been revealed, confirming who fans have selected to represent each region in the stand-alone weekend event.

The All-Star weekend will take place across August 25 and 26, and allows players and fans a welcome reprieve from the intense action of the Overwatch League proper. The matchups will see top players blow-off some steam in a series of custom games. Expect there to still be some serious competition here, though. That means no all-Torb line-ups.

Two teams, the Pacific Division and Atlantic Division, made up of a mix of players from the top league teams, will face off in a series of custom matches. A further 12 players, who will be picked by players, coaches, casters, and league staff, will face off in a run of ‘skill games’ in the lead up to the final match.

Is there competitive gaming in your future? Start with our best multiplayer games.

In the Pacific Division, Chan-Hyung ‘Fissure’ Baek of Los Angeles Gladiators will go on Tank, while Scott ‘Custa’ Kennedy of rival squad Los Angeles Valiant will be on Support. Shanghai Dragons’ Seyeon ‘Geguri’ Kim will also jump on Tank duties, while Brandon ‘Seagull’ Larned of Dallas Fuel will be on Flex. Finally, rounding out the Pacific Division will be Je-Hong ‘Ryujehong’ Ryu (Seoul Dynasty) on Flex and Byung-Sun ‘Fleta’ Kim (Seoul Dynasty)  on Offense.

The Atlantic Division line-up begins with Seong-Hyun ‘jjonak’ Band of New York Excelsior on Support, who will be joined by teammate, Jong-Ryeol ‘Saebyeolbe’ Park on Offense. Also joining from New York is Do-Hyeon ‘Pine’ Kim on Flex and Yeon-Jun ‘Ark’ Hong on Support. Rounding out the team is Jae-Heyok ‘Carpe’ Lee of Philadelphia Fusion on Offense and Jae-Hui ‘Gesture’ Hong of the UK’s own London Spitfire on Tank.

The full rosters will be unveiled on July 10, with other details including custom game modes, ticket availability and other fan experiences to be announced soon.