It’s safe to say that Korea is a big deal for Blizzard. A nation with a strong link to esports, Korea’s gamer population was key to StarCraft’s massive competitive success. More recently, Korea has embraced Overwatch, and while its national team, Seoul Dynasty, failed to secure victory in the Overwatch League debut season, winner London Spitfire is a team made up entirely of Korean players. As such, it’s about time Korea was represented in Overwatch’s world. Enter control map Busan.

Busan is a vital city in the Overwatch lore. D.Va, the game’s unofficial poster girl (sorry, Tracer) is a Korean pro-gamer-turned-mech-pilot who fought in the Omnic crisis, and the MEKA team that she battled with was based in Busan. As such, the MEKA base forms a key part of the new map – it‘s one of the three stages, with the flight deck hosting the control point. The deck is surrounded on three sides by elevated gantry ways, plus three blast shields that periodically rise from the floor, penning combatants into the tight space. The fourth side of the point is an open runway for mechs to blast off from, although for combat purposes it forms a fatal drop, which is ideal for Lucio boops and Pharah concussive blasts.

Either side of the point are winding, industrial corridors that snake back to the spawn points of each team (a training room or the MEKA squad’s living quarters, depending on which team you’re on). Provided the action boils over into these areas, the tight, 90-degree corners promise to make these corridors home to frantic firefights and surprise ambushes.

More likely, combat will stay centred on the control point itself, but that has its own surprise: a mech loading tube allows quick transitions between the flight deck and a mech storage room. While D.Va and her thrusters are the obvious candidate for this escape route, it should easily work well for Pharah, or even a mine-launched Junkrat. 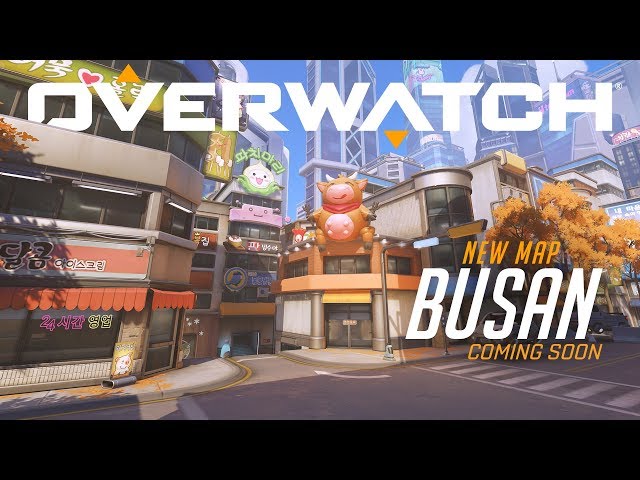 In a reference to the famous Korean zombie flick, a Busan train features prominently in the Downtown stage. The commuter vehicle itself is deadly, but not because of the undead: like the cars on Oasis, the train can demolish any hero in its path.

The second stage is Downtown where both teams fight around a train platform. Once again, this is a point surrounded on three sides by higher level gantries, and a fourth that leads to a fatal drop – this time the anti-grav train track. This means there are several transferable tactics, but the height of the buildings around the point allows for more of a vertical strike approach.

The winding streets leading to the train platform feel a touch like those around the point in Ilios’ Lighthouses map – narrow and densely packed – but with a distinct eye for Korean culture. Unsurprisingly you’ll come across both a karaoke bar and a cyber cafe. 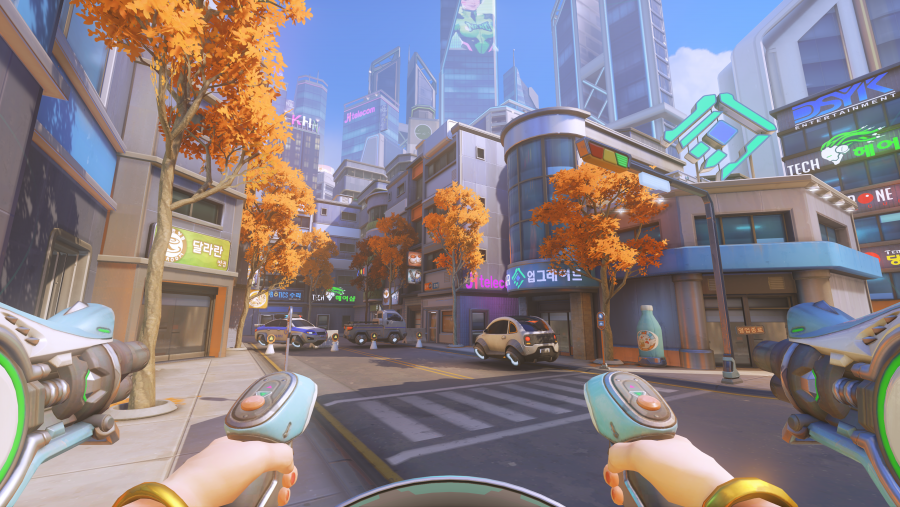 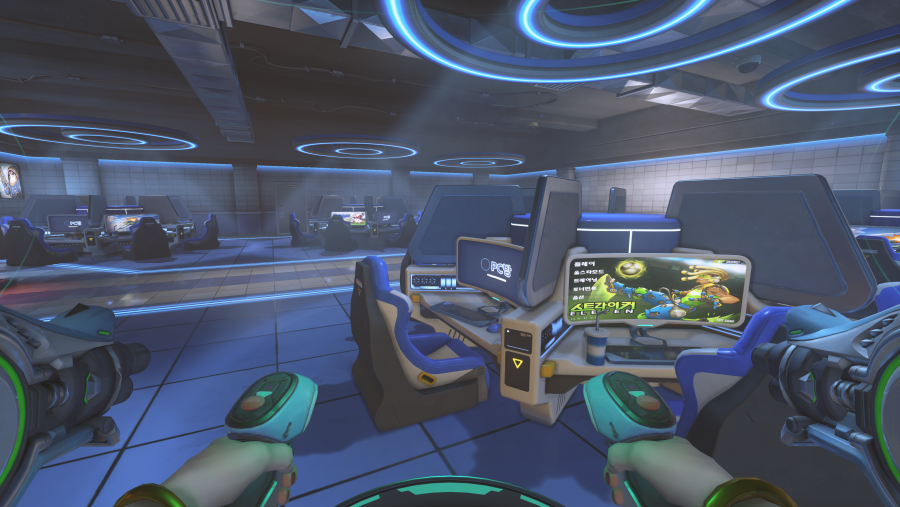 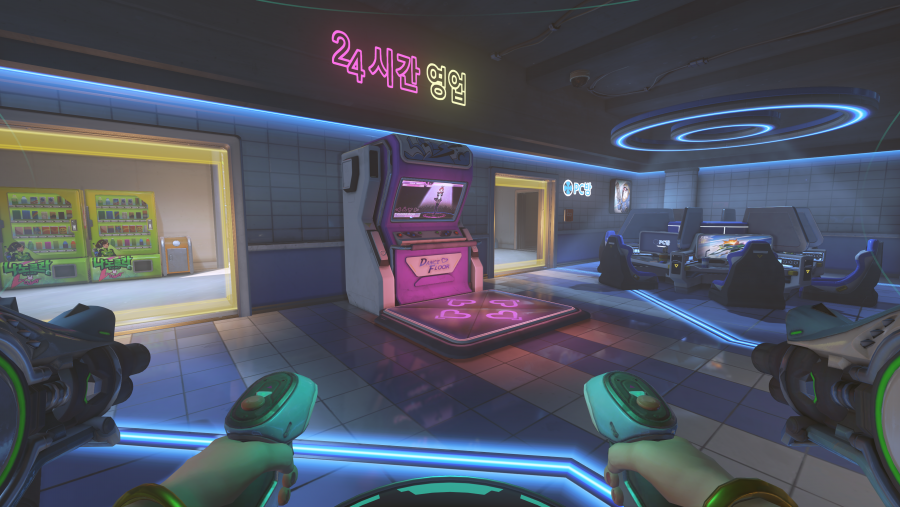 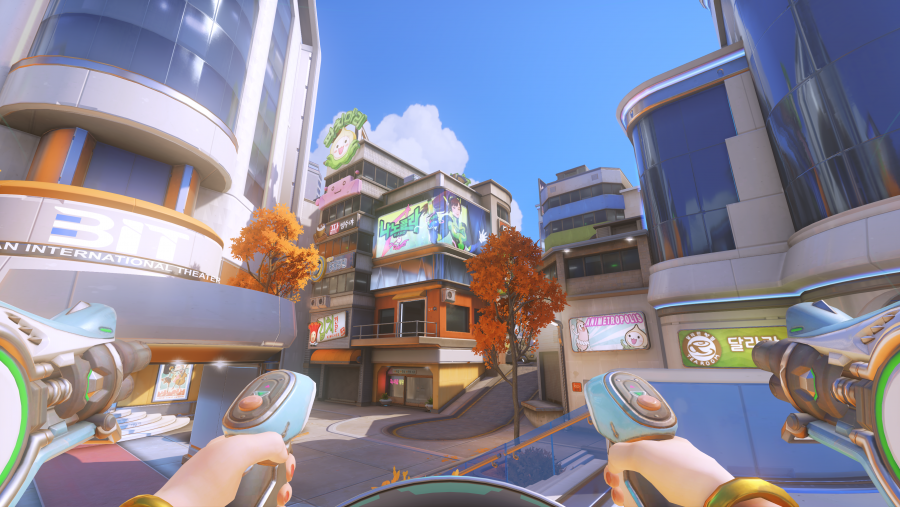 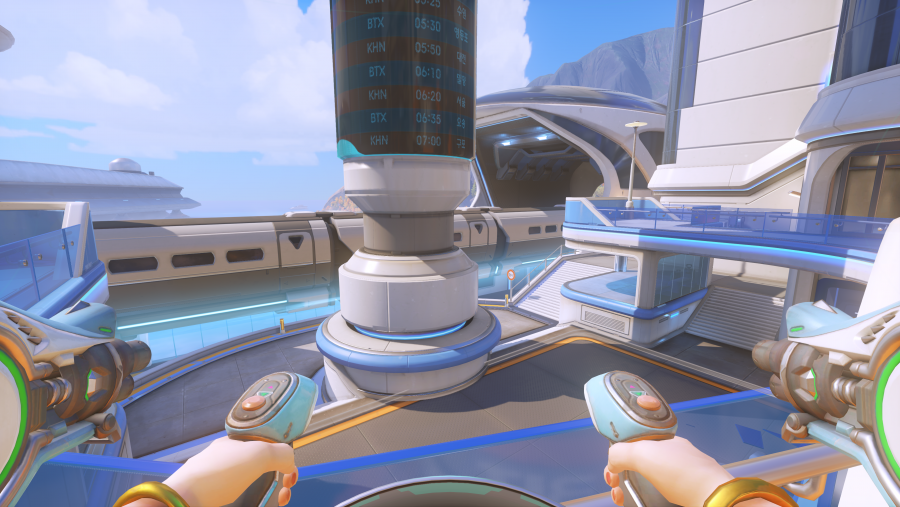 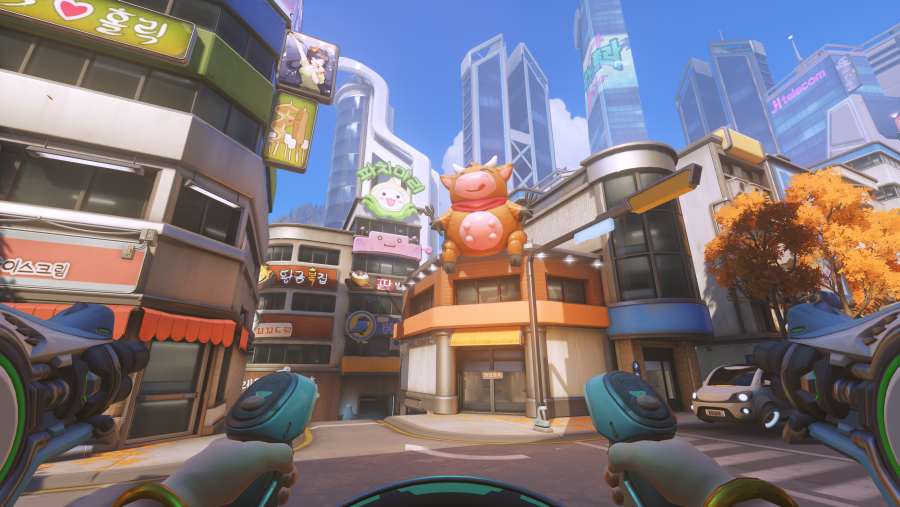 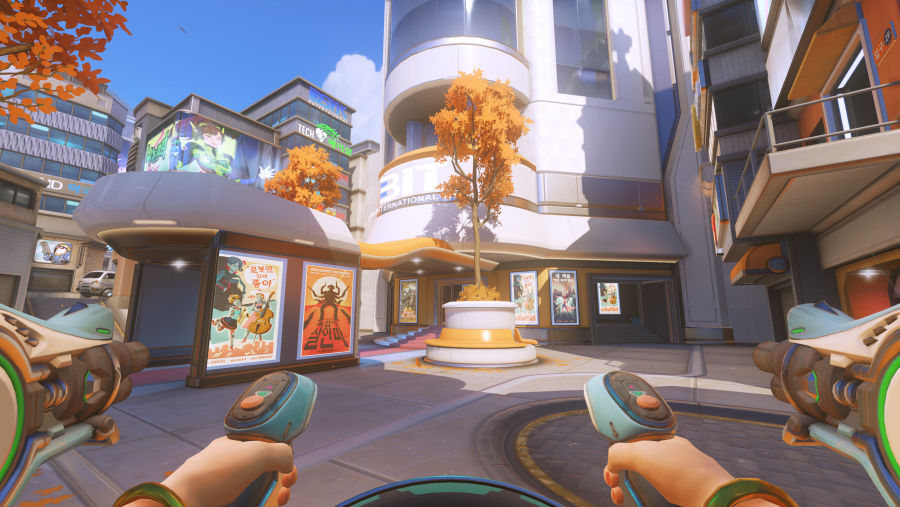 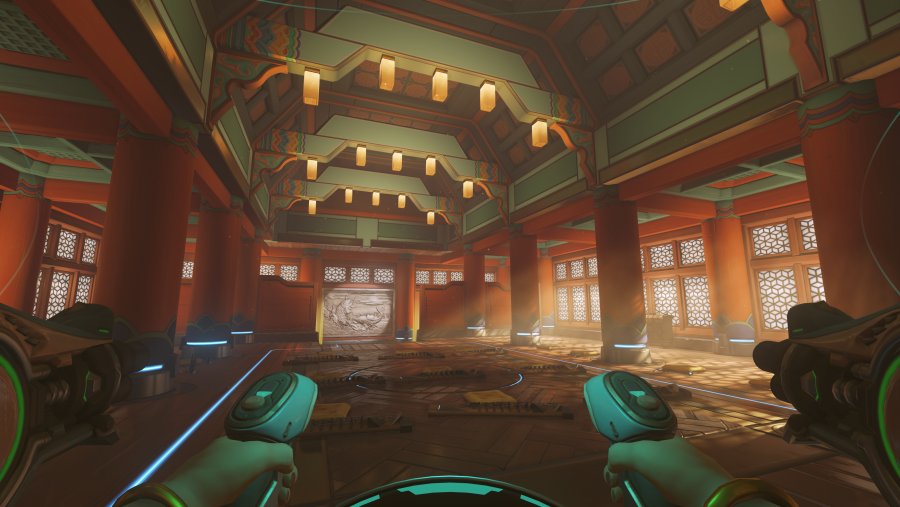 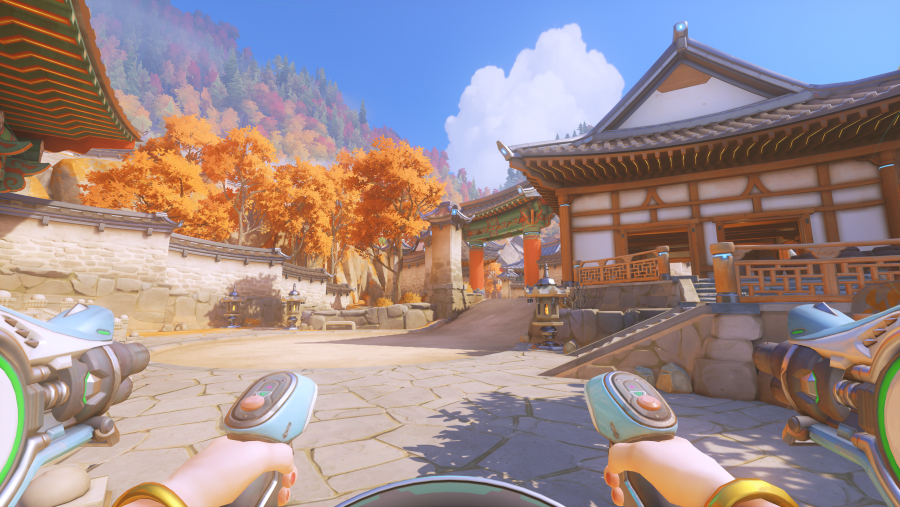 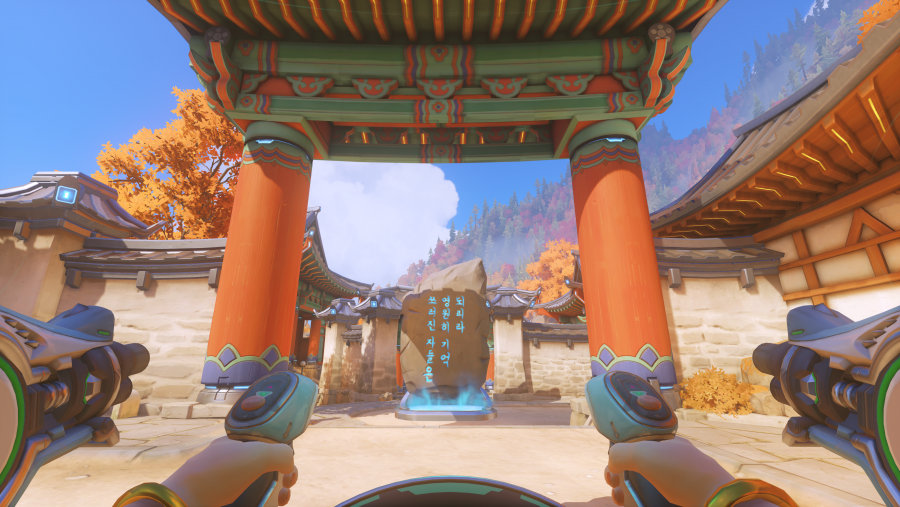 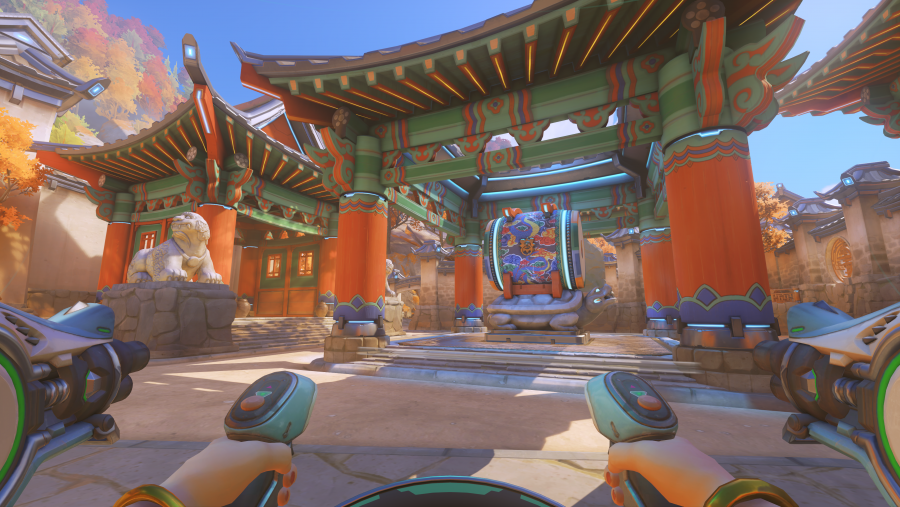 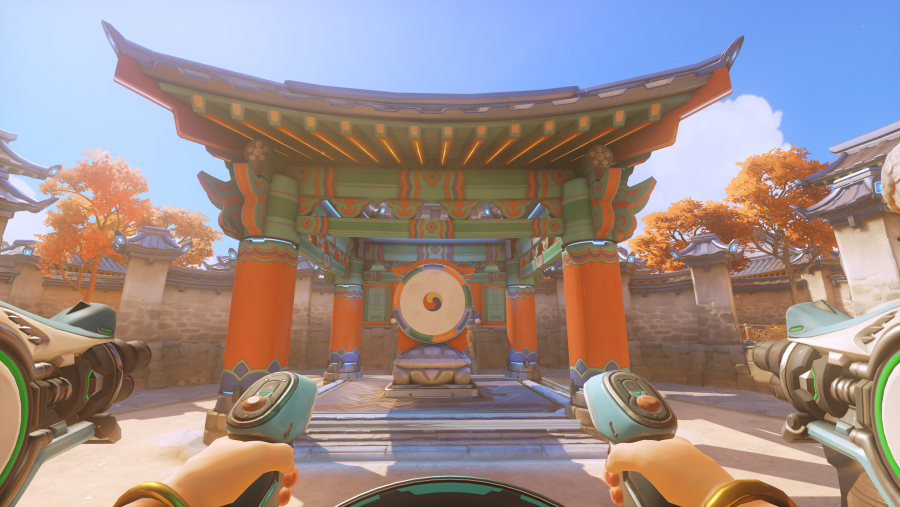 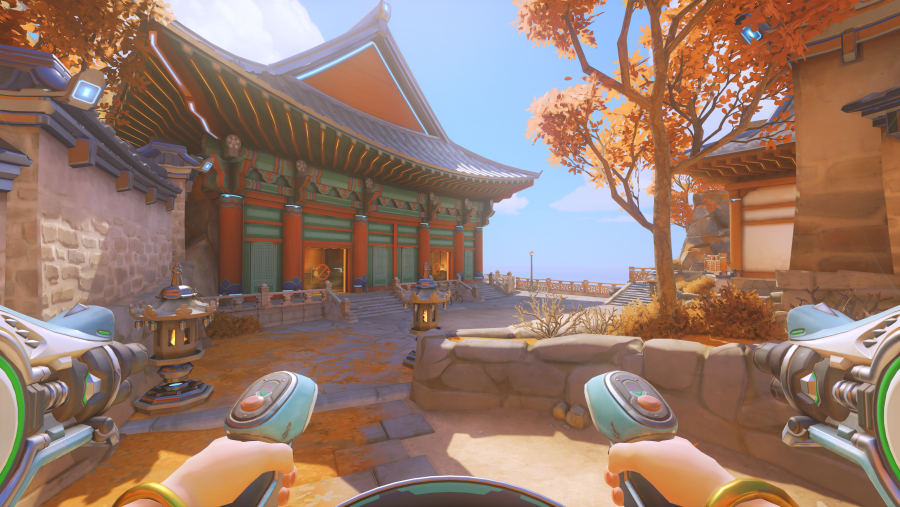 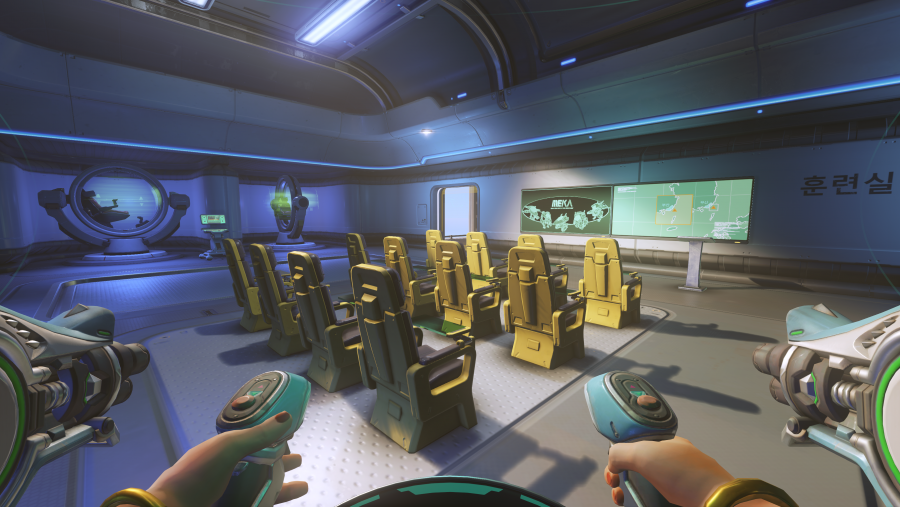 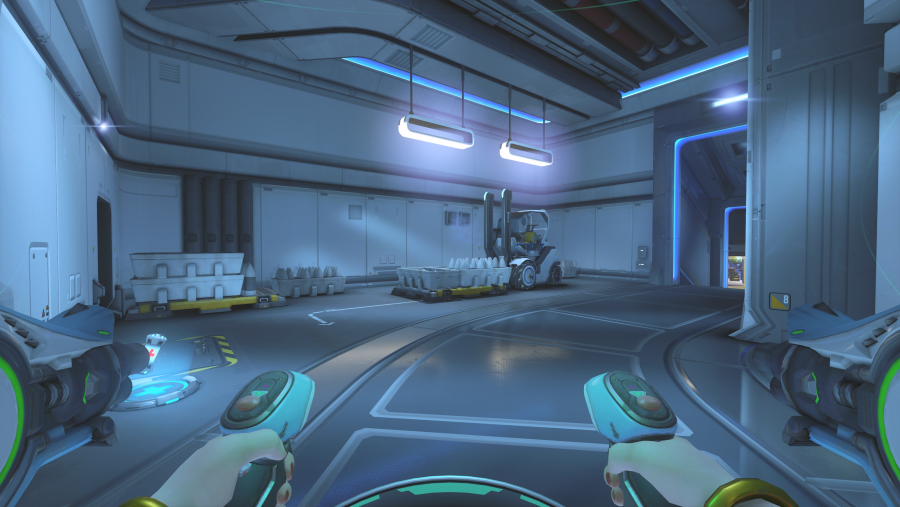 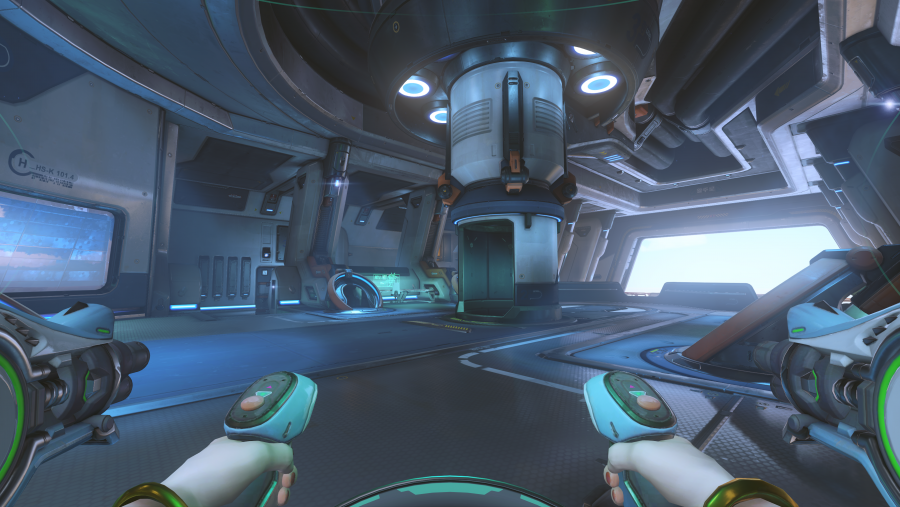 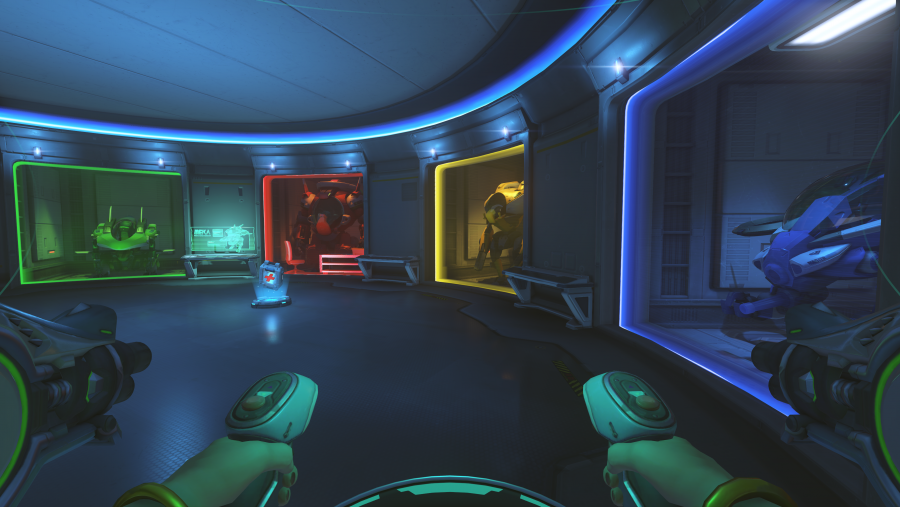 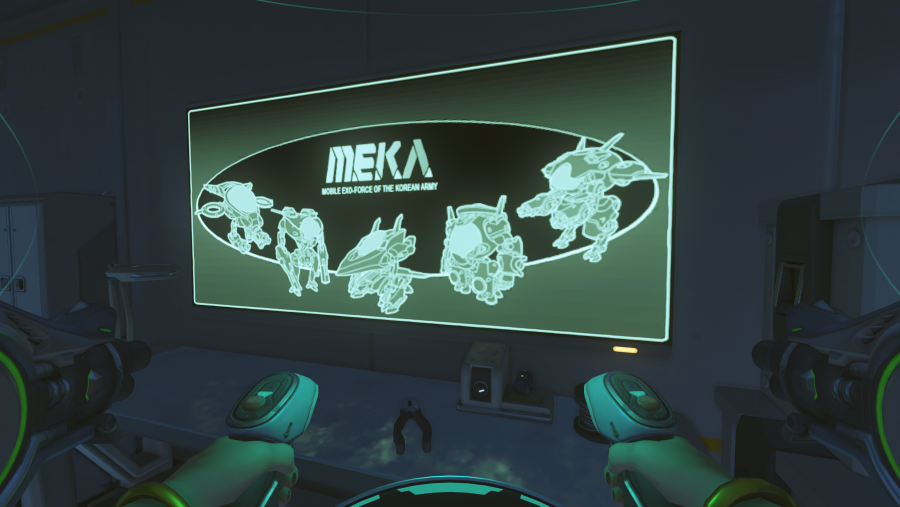 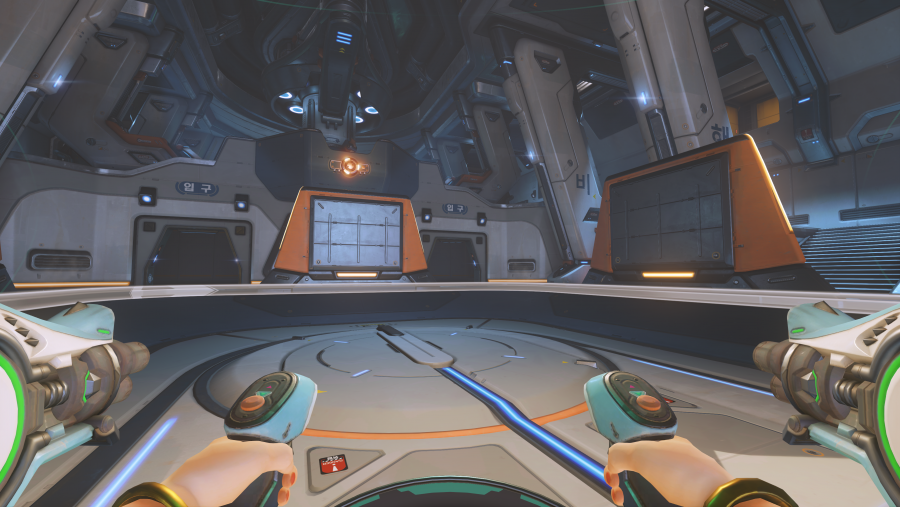 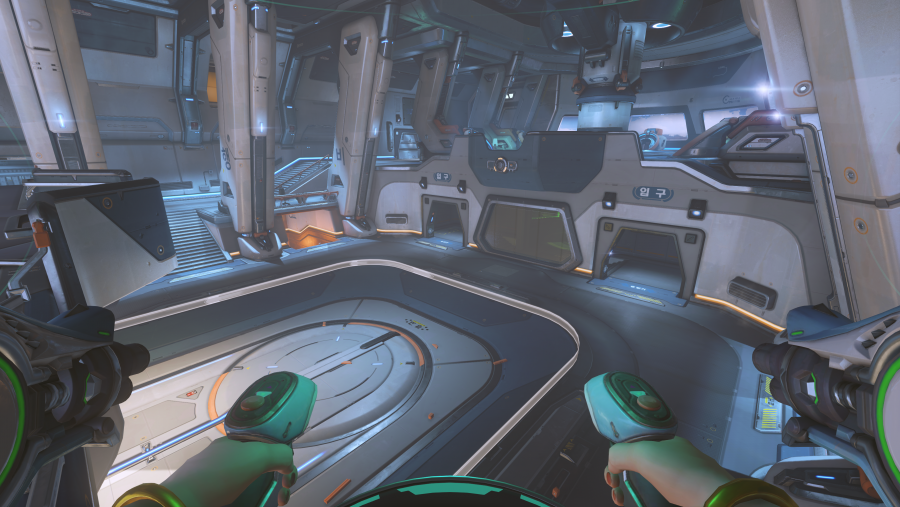 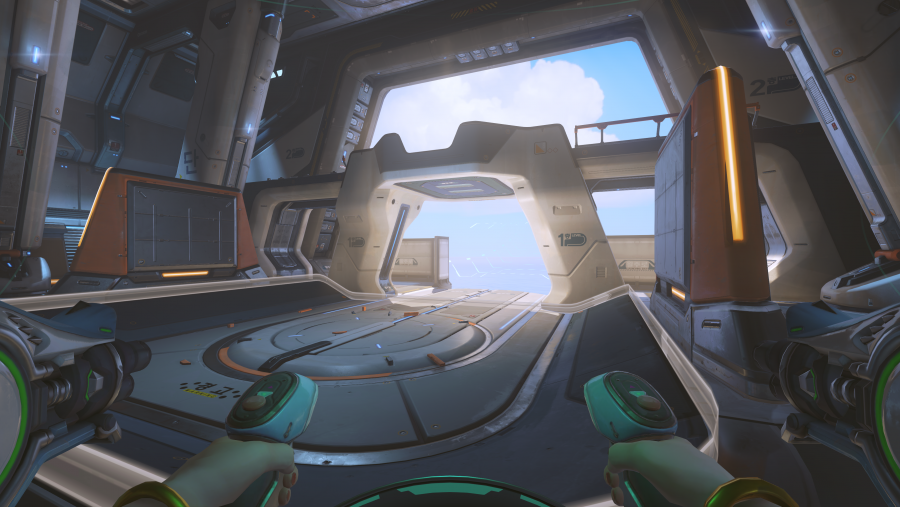 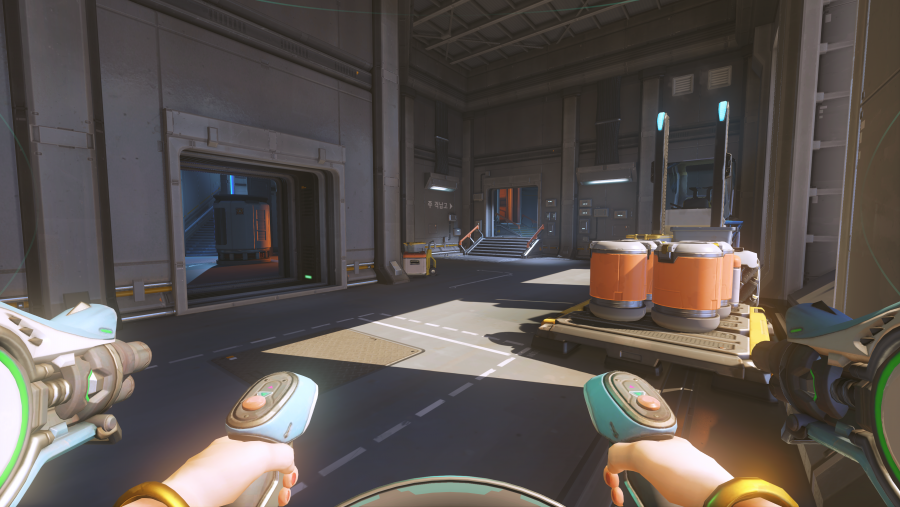 Finally, there’s Sanctuary, which shows off a very different side of Korea’s culture. Where MEKA Base and Downtown flaunt the country’s technological advancement, Sanctuary pays homage to Korea’s more long-standing traditions. Beautiful pitched roofs, wooden columns, and engraved panels make up this temple-themed stage. The point itself lies within its own temple structure and is surrounded on all four sides by raised areas. This feeds both sides of the map neatly down into the action, and the symmetrical design of the arena allows for a different set of tactics from the more unusual points in MEKA Base and Downtown. The flow of it feels similar to Nepal’s Shrine, albeit without the dangerous drop.

It’s difficult to assess how successful a map will be after only a few matches, but if nothing else, it’s clear that Busan is one of Overwatch’s most visually interesting maps, and one that forms part of the universe’s most exciting lore. MEKA Base is not only a nirvana for D.Va fans, but also appears to be Overwatch’s most experimental control point location to date – combat becomes really intense when the blast shields rise and make it more challenging to escape the fight.

You can try Busan out for yourself on the PTR now. Features usually make their way to the live servers in a couple of weeks, so brace yourself for Busan to land in the main game in a patch sometime soon.