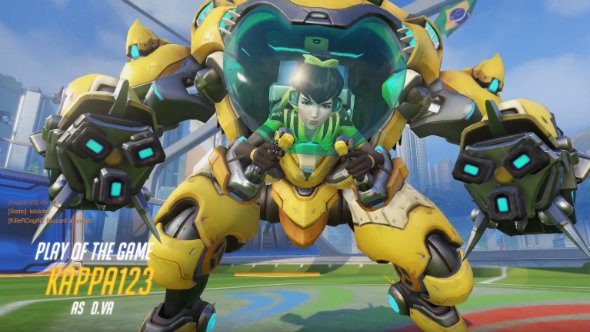 Update August 8, 2016: Blizzard are working on a fix for the Lucioball exploit that allows players to play as another hero, warning abusers to expect punishments.

Remember when I warned you all in the original story below not to use this bug in case Blizzard decide to punish people? Well, it looks like that’s going to happen. There’s no word on what form this punishment will take, but I’d hope it isn’t a ban. It’s not the community’s fault this exploit exists, after all, and it is just a fun, throwaway mode.

Want a break from Overwatch? The other titles in our list of the best FPS games could be for you.

In a tweet reply from the official Overwatch account, Blizzard apologised for the bug and mentioned punishments for players using it.

@SkyakinGamer Sorry about that. It's a known bug and abusers will be punished.

Elsewhere, in a forum post on Battle.net, game director Jeff Kaplan mirrored that stance. “Apologies for this bug,” he writes. “We’ve attempted to fix it numerous times and have had unrelated issues preventing the fix. We hope to have a fix this week.

“In the meantime, we are in discussions with our Customer Support group to start taking action against those deliberately using the bug to play heroes other than Lucio.

“Please do not exploit this bug. Fair warning.”

Original Story August 4, 2016: Just imagine you’ve been playing a series of games of Lucioball in Overwatch. You’ve been having fun battering a ball up and down a field, away from all the death of the main game – then, suddenly, there’s a Widowmaker in your game sniping your team and there’s nothing you can do to fight back. This is a thing that’s happening and it’s pretty funny.

People are using a Lucioball bug to switch to a random character before a match. Just look at this:

There’s also this rather funny video of someone playing as D’Va.

They appear stationary to the other players, but they’re actually moving around the pitch and using their weapons on their end. They even manage to get Play of the Game.

The bug is apparently exploited by pressing ‘H’ quickly enough at the start of the game, though I wouldn’t advise doing it in case Blizzard decide to punish players for the exploit.

You can even switch when you die, so if there’s someone on the other team doing it, a tap of ‘H’ at the right time will let you choose another hero.

Imagine a Torbjorn turret near your spawn. Actually, don’t imagine it – watch this video of it happening:

Apparently it’s pretty tricky to do, and who you end up with is down to luck. I’d also expect it to be patched any time now.