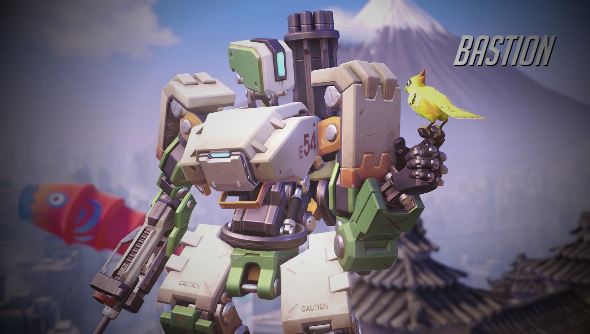 Bastion’s a friendly robot, right? Well, when he’s not surviving Genji ults and mowing everyone down in his turret configuration. To be fair, you’d understand people feeling a bit weary about the metal lad.

Murder your friends in our list of the best multiplayer games.

The latest Overwatch comic is about just that – people finding a Bastion and freaking the hell out because it might kill them all.

Bastion just wants to play with animals, though. Then you, you sicko, make him fight and kill in multiplayer matches. What is wrong with you?

Anyway, Torbjorn vows to track him down, since he had a hand in the machine’s creation, but then he notices that this isn’t any normal Bastion.

Have a read of the motion comic here.