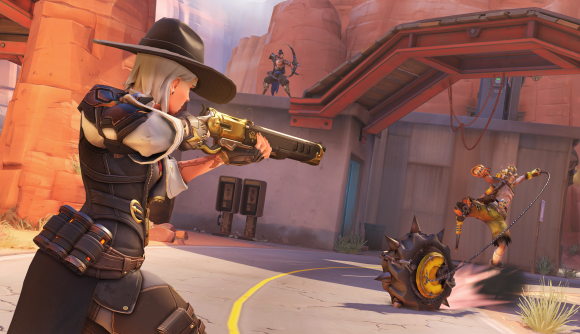 While hero 29 has been generally well-received, players on PC have noticed there is something a little off about her aiming, with many reporting that they are missing shots that appeared to be on-target.

Now, Overwatch creator Jeff Kaplan has admitted there are some issues with Ashe’s aiming. He chalks the problem up to her ‘aim down sight’ animation (ADS for short). Interestingly, he suggests that the issue only occurs when playing at a high frame rate – 60 or above, and acknowledged that these players would experience a “choppy” animation when aiming down sights.

Kaplan writes in a detailed Reddit post: “The ADS still happens at the correct speed. But the animation looks can feel a bit off. In an upcoming patch, the ADS is smoothed out regardless of how high your FPS is and should feel much better.”

Kaplan assured fans that the developers at Blizzard are working on a fix for the problem but it will most likely hit the main servers after the current PTR patch, which introduces changes to Brigitte and Doomfist.

“It’s a lot of code and needs a fair amount of testing so we don’t want to rush it and risk breaking something else,” Kaplan added.

So it looks like we’ll have a wait of at least a week or two before we can start popping off those clutch headshots with Overwatch’s new gunslinger. For a temporary fix, you could always try locking your framerate to below 60, but seeing as Overwatch offers FPS of up to 300, we doubt many will opt for that solution.