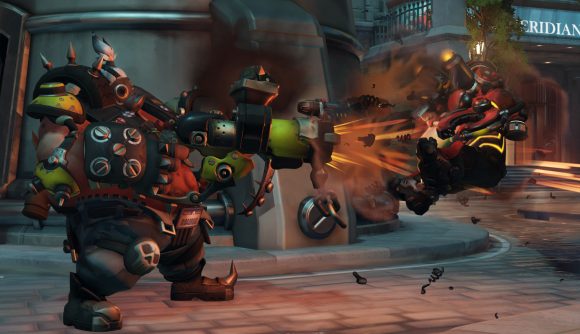 Are you tired of making educated guesses when it comes to which DPS hero to pick in Overwatch? If so, one keen Reddit user has come up with a remarkably elegant solution.

The user, who goes by the name of u/7x11x13is1001 (trying saying that six times fast), has created an interactive chart that visually breaks down the damage per second of each hero, using everyone’s favourite bullet-sponge Roadhog as the target.

The chart on its own is impressive enough, but the interactivity adds a whole new element to its tactical usefulness. You can increase and reduce your distance to the target, target different parts of the body, and add variables like boosters and Reduction. For those new to the game, boosters are Mercy’s damage boost, Orisa’s Supercharger, Ana’s Nanoboost and Zenyatta’s Orb of Discord. Reduction refers to abilities that grant characters extra armor, such as Brigitte’s Repair Pack and Nanoboost.

The chart has led to all manner of interesting discoveries by its creator. For example, All damage boosts and amplificators can sum up to 2.99× overall damage. Bastion, under all the boosts can delete a discorded Roadhog in 0.44 sec – that’s fast.

You can find the chart, in all it’s glory, here.

Now if you’ll excuse me, I’ll be using this chart to build a case for a Doomfist nerf.