The Overwatch datamining continues as the beta enters its second phase, this time digging up all sorts of further, yet unimplemented cosmetic bits. Overpwn have posted both a series of alternate player icons based on various hero skins, along with a Raptorian skin for Pharah that doesn’t currently drop or appear in game.

Have a look at everything we know about the Overwatch beta.

First up, here’s the various skin avatars they found: 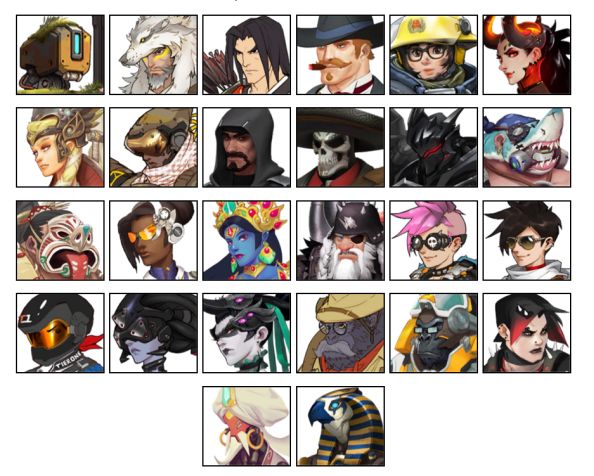 Fairly swish, and match-up with the legendary skins currently available. All of them significantly change the look of their parent characers, as you can probably tell, and will presumably eventually be unlocked with the skin in the final version of the progression system. They also found one that didn’t matchup with anything currently available, the filename of which indicated it was called Raptorian Pharah. It includes a redesigned faceplate, but that’s all that can be seen so far. Here it is: 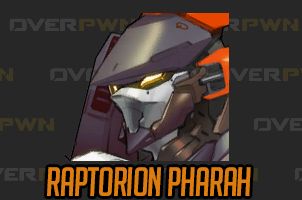 Having seen only this – I need it. This is my life now, cosmetics, endless cosmetics spilling out of my eyes.

We’ll update if there’s any more. Thanks to Overpwn for the images, who also have all the basic player icons to do with what you will.

Update: Overwatch’s release date has apparently been leaked by a sales poster. The small print reads “on or before June 21, 2016” regarding the game’s launch. The poster also features PS4 and Xbox One Overwatch boxart sitting alongside the PC version, seemingly confirming earlier news that the game is no longer a PC exclusive. 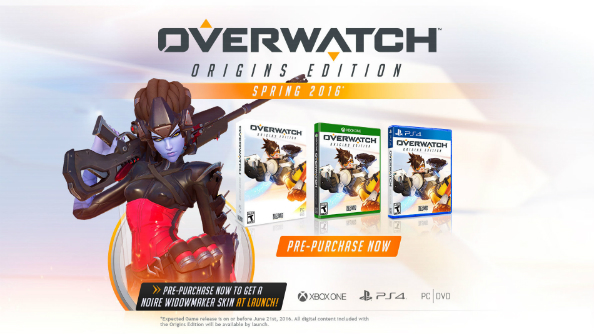 According to a listing on Game.co.uk, this Origins Edition will launch with 21 Heroes, as well as five skins. These are:

Update: Giving more credence to the theory that Overwatch won’t be a PC exclusive and will be coming to Xbox One and PS4, GameStop has apparently started offering pre-orders for a console verison.Kotakureports that staff at an NYC GameStop have been offering pre-orders for $60. With BlizzCon about to kick off, it’s expected that Blizzard will make an announcement very soon.

Original story:In what’s fast becoming the most predictable move in all of games, further evidence has arisen that Overwatch will be releasing on consoles sooner rather than later, possibly to be announced at Blizzcon next week. Also, Jeff Kaplan has taken to the forums to answer a few key questions and provide hints as to what will be coming next in the beta.

We’ll be updating our list of the best FPS games soon, will Overwatch make it?

The code that has been found are strings for authetication checks for PS4 and Xbox One. They look like this:

While it was basically already confirmed that console Overwatch would happen eventually, how far along development had gotten was unconfirmed. That the code has already primed indicates it may be closer than intiially assumed, with the possibility of a simultaneous release. With Microsoft streaming this year’s Blizzcon opening ceremony direct to consoles, it seems like the likely point.

However, it is odd timing. The limited nature of the beta has brought a lot of ire from the community, particularly on Reddit, and I can’t imagine they’d react fondly if console players got access before they did. Their anger has seemed mostly misplaced to me, but aggravating them further isn’t a sound business move. Plus, Blizzard still don’t know, or haven’t revealed, how monetisation is going to work for the game, despite thousands of people now having access to the beta with more being invited regularly. With free to play being slightly less accepted in the console sphere and how obviously the game wouldn’t work without every player having access to a large number of heroes, this may mean that a full boxed product is more likely. 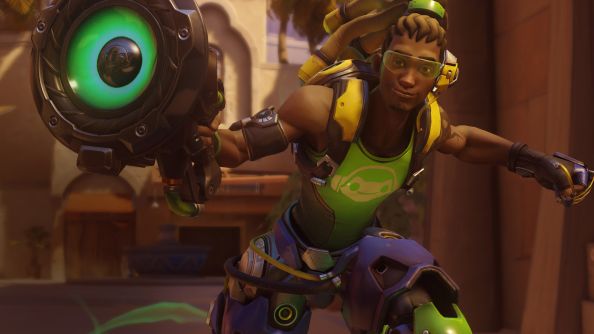 Meanwhile, game director Jeff Kaplan has taken to the forums to respond to a number of posts regarding game options and upcoming features. You can read the lot of them here, but I’ve grabbed some highlights:

Expect a lot more news from the Overwatch panel during Blizzcon in a week’s time.