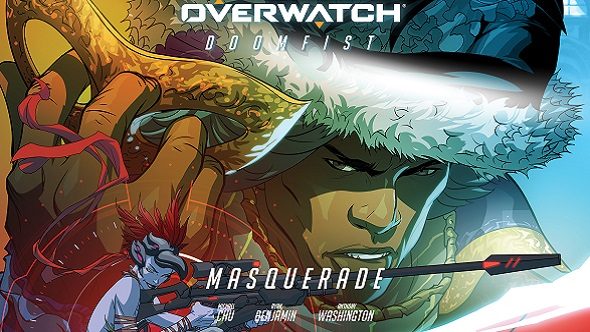 Overwatch’s latest comic is out, and this one’s all about the guy with the murder-hands – it’s yer boy, Doomfist. In the comic, titled Masquerade, he’s attending a masquerade to kill some folk with his Talon buddies.

Check our list of the best FPS games for more headshot fun.

We get to see Doomfist, Reaper, and Widowmaker doing their thing in the comic, with a highlight being some smokey Reaper death-dealing and his incredible outfit. Skin or we riot.

The comic also shows that Sombra isn’t quite as sneaky as she thinks. Either that, or she’s underestimating the organisation she works for.

Either way, it’s interesting to see the story unfold from the other side. We even get a glimpse of the Talon council, including Maximilian.

Here’s the regular version of the comic and here’s the animated version.