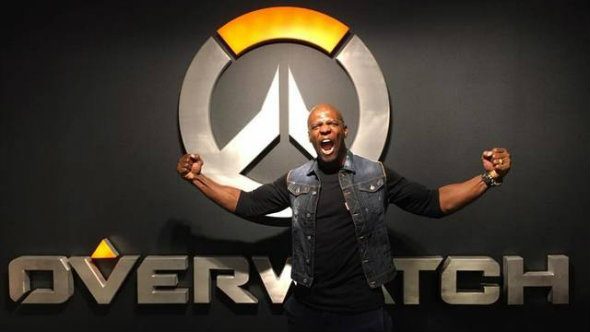 Update April 18, 2017: You know how Terry Crews went to Blizzard HQ earlier this year, and how he’s been teasing stuff about Doomfist for ages? Well, it turns out the lead Overwatch story guy met him when he nipped across.

“I met him when he came by the office,” said lead writer Michael Chu in a recent roundtable attended by PCGamesN. “I guess it was a few months ago – apologies, my sense of timing is completely thrown out of whack because working so hard on the event is just, like, I don’t even remember the first quarter of this year.”

Like Overwatch? Make sure to check out our regular video series, Overwatch This.

When pressed if he had any details, what with Crews being a right tease, Chu only replied: “I met him and he’s a really nice guy. On Doomfist in particular, I probably don’t have anything to talk about.”

That’s not a denial, then.

Update January 4, 2017:It’s looking more and more likely that Terry Crews is going to voice Doomfist, an upcoming Overwatch hero that’s been teased by Blizzard for some time now.

The American actor just hasn’t stopped talking about the role. Last month he visted Blizzard, and now he’s asking fans how they would feel about him lending his voice acting talents to Doomfist, both onFacebookand Twitter.

Who wants to hear me do the voice of Doomfist for real?? https://t.co/l4aszRrDYE

Would you be up for seeing Crews in the role?

Update December 15, 2016:It may actually be happening folks. In aTweet todayby Blizzard associate project director Terran Gregory, Terry Crews has visited the Blizzard campus for unknown reasons. Could it be to voice Doomfist?

While Terran is mostly known for his work on World of Warcraft’s in-game cinematics, he has also done work directing trailers for Heroes of the Storm and reference work for the Warcraft movie. It could be that he is helping direct a future Doomfist trailer for Overwatch, or that he is just a big Terry Crews fan. In any case, Terry Crews being on Blizzard’s campus could be strong evidence that he will actually be voicing Doomfist, for his eventual addition to Overwatch.

Original Story November 23, 2016: Doomfist, a legendary hero with a powerful gauntlet, has to show up in Overwatch some day soon. I mean, Blizzard have been teasing him for long enough. You can see the hero’s banner in the Numbani Heritage Museum, each showing one of the three incarnations of Doomfist: The Saviour, The Scourge and The Successor. The latter is hidden in shadow, suggesting a grand unveiling some time in the future.

Doomfist’s gauntlet even shows up in the middle of a Tracer vs Widowmaker battle in the Overwatch cinematic trailer, released all the way back in November 2014. If you want to refresh your memory, have a watch:

We don’t even know what the modern Doomfist would look like, but can you imagine what kind of voice he’d have? Perhaps similar to American actor Terry Crews? You know, the Terry Crews who recently got really into PC gaming. Well, he’s up for it.

Over on the Overwatch subreddit, there’s a thread titled, “If Doomfist becomes a hero I’d be so hyped if Terry Crews voice acted for him”. Then Terry Crews himself popped over and shouted, “I would LOVE TO PLAY DOOMFIST.” And that’s why he needs to be Doomfist.

Blizzard clearly like to give the fans what they want, with voice lines changed based on feedback, hero abilities and other tweaks inspired by fan comments. Could they go a step further and hire a voice actor based on thousands of Reddit upvotes and one piece of Reddit Gold? We can only hope.