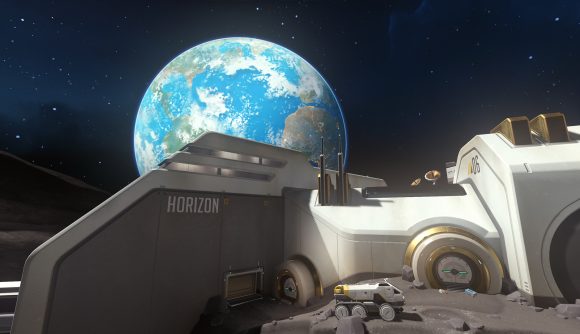 The world of Overwatch is doomed, or at least will soon be faced with a wildly inconvenient series of natural disasters. That’s according to math, which you typically can’t argue against – but a number of fans have engaged in an epic debate over exactly how screwed Overwatch’s Earth will be, and there remains no clear consensus.

It began with an essay by Lateasusual on the Overwatch subreddit, which posits that we can figure out the distance between the Earth and the moon by measuring the difference in gravity and angles between Dorado and Horizon. I’d explain further, but I have an English degree and you’re probably better off reading the details for yourself.

You can check out the figures for yourself in the ‘Doing the maths’ post on Reddit, but the important conclusion is this: in Overwatch, the moon is roughly 2000km away from Earth, compared with the real distance of 385,000km. This means, in Lateasusual’s estimation, that Overwatch’s Earth is doomed – the difference in tidal effects will result not only in massive waves that’ll cover most of the land, but terrain deformation that will result in earthquakes and volcanic activity on an apocalyptic scale.

But Megafish40, writing a follow-up study titled ‘Doing the maths properly,’ disagrees. This study features an even more complex set of equations and formulas (obviously making it more correct) and comes to the conclusion that Overwatch Earth is not actually doomed. At least, it’s slightly less doomed than Lateasusual argues.

The original argument was that Earth would be fine, but Megafish has updated some math and drawn a new conclusion. “Actually, the Earth (or at least life on it) is probably not fine. I mean, tides hundreds of metres high and way more volcanic activity, earthquakes, and more. But I don’t think the result would be cataclysmic, just really, really bad if you live on the shore or near a volcano.”

The latest Overwatch patch notes tell us about Ashe, but they can’t describe the horror of living on an Earth that will slowly sink to the sea thanks to an inconveniently-placed moon. That’s more of a comic or animated short thing.