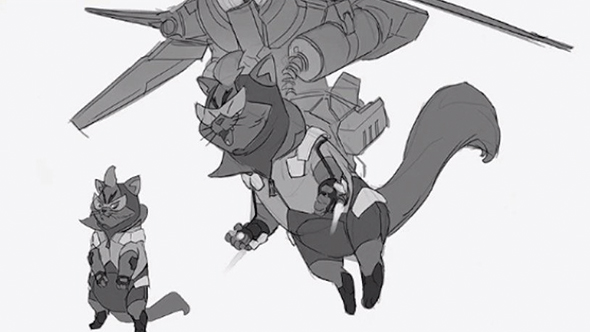 Blizzard still hasn’t gotten out every Overwatch idea the team has had, yet the developer isn’t quite sure what the game’s going to look like in ten years. That’s because even as it has continued to implement ideas first dreamed up during the game’s original development, the team is looking toward player feedback as the guide for what happens next.

“I don’t really have an idea where we are at ten years from now,” assistant game director Aaron Keller says. “I think it’s really cool to see more and more games following this model.” He says that Blizzard prides itself on the staying power of its games. “We like to have as much longevity as we can give them, and I hope that our players and our fan base realise that. It’s what we want to continue doing for Overwatch.”

Grab your friends and get playing the best multiplayer games on PC.

Blizzard has shown off several early concepts for the game going as far back as the failed Titan MMO, including quite a few unused heroes, and it’s still drawing on those old ideas for further additions.

“We don’t feel like we’ve gotten through all of the ideas we had for the original game,” Keller says. We are internally working on heroes and maps, some of these heroes are ones we talked about when we were originally coming up with ideas for this game. So we want to keep working through that.”

Hopefully that means the chances of us seeing Jetpack Cat are still alive. But, more fundamentally, they’re guided by player response. Lead designer Geoff Goodman says “because it’s a live game, we get to react and try to add things that people are asking for that we didn’t think of originally. So in some ways it’s hard to know exactly where we’ll be because we’re being guided by the community for some degree.”

Keller adds that the addition of deathmatch is one example of feedback shaping further development. “When we released our first free-for-all deathmatch map last year the community really liked it, and they started asking us for more of them, and also for more competitive version of it. So that’s where the idea for this new map and mode for the Anniversary event. It was directly from a desire from the community.”