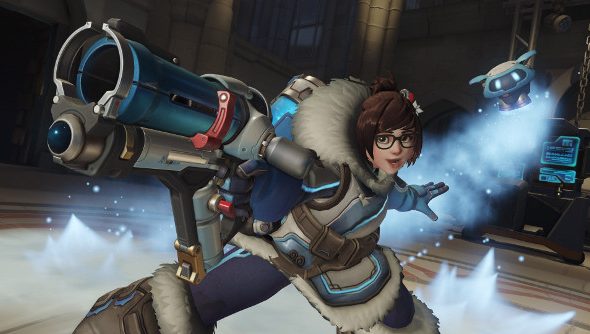 New game day means one thing – it’s time to update those graphics drivers. Before you head online, do make sure you’ve got the latest from whichever manufacturer you favour. I had some crashes in Overwatch’s beta that don’t seem to have been repeated with today’s updates, and they’ll help with anything else you might be picking up today too.

Once you’re online, check our Overwatch map guide for the details on how to play.

Nvidia’s offering went up late last night, promising their usual game ready service for Overwatch a couple of hours before launch. Here’s their post on it with target framerates for their most recent cards at various resolutions. Grab the driver, officially 368.22, here. Along with Overwatch, Nvidia say it targets upcoming World of Tanks and War Thunder content.

Meanwhile at AMD, Crimson Edition 16.5.3 also went live yesterday. It calls out Total War: Warhammer as well as Blizzard’s shooter as supported games in the release notes. Also fixed are some stuttering issues in Fallout 4 and texture problems in The Division. Do check the known issues list, especially if you’re playing today’s newest releases, for further fixes.

Both seem stable, at least based on reactions from the dedicated subreddits and lack of complaints. Some load problems with Total War: Warhammer were falsely attributed to a driver upgrade, when actually it’s server problems on Creative Assembly’s end that’re causing it – they recommend loading Steam in offline mode to dodge them. More info on Total War fixes over on the Steam news page.