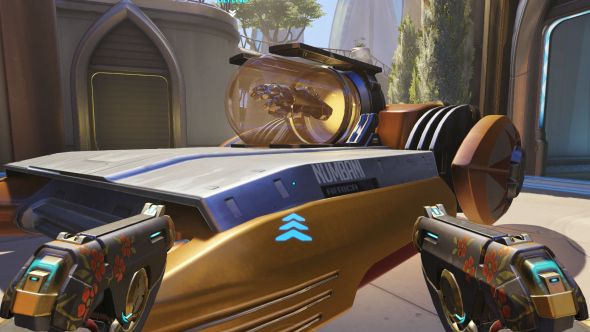 ﻿Update: ﻿the voice actor who listed a role in Overwatch has denied that he is playing a new Greek hero.

Speculation as to the identity of Overwatch’s next hero stops almost as soon as it starts these days, as Greek actor Alex Malaos denies that he’s number 24 just hours after a Reddit thread was posted with hints that he might be.

For a guide to one of those recent new features, check out Overwatch’s best custom games.

YouTuber TheKingFenrirreached out to Malaos on Twitter with respect to this story, and received a response. Here’s an excerpt:

“I meant to say that the lines that I was saying were in Greek, but I was not a Greek hero… I was just saying some random background lines, you know, like stuff you would hear on a walkie-talkie or from a random secondary character. I have no idea about how they intend to use that (IF they decide to ever use it).”

This doesn’t necessarily mean there’s nothing to see here. Some Overwatch heroes have voice lines in their native language, while other lines are context-activated warnings very much like you’d hear “on a walkie-talkie”. But if Malaos doesn’t know, we’re hardly much better-equipped to speculate. A new animated short, perhaps? Introducing an entirely different Greek hero, or some new conflict or event on Ilios?

Original story:Since Sombra way back in November, Overwatch has had two new maps, a new game mode, and two major events. A new hero – the game’s 24th – is undoubtedly coming in the next couple of months, and until quite recently, we all thought we knew who he would be. It seems we may have missed something.

Since creative director Jeff Kaplan poured water on the Internet’s assumption that the next hero would be Doomfist, a Reddit threadhas flagged some old “more obvious hints” that he will in fact be Greek.

The chief piece of evidence is the CV of Greek actor Alex Malaos. It has been taken down but an archived version can be viewed here. He lists a role for Overwatch, produced by Blizzard, under the direction of Kaplan.

The character is titled simply ‘Greek’, so we don’t have a name yet, but a hero hailing from Greece is entirely plausible. Many Overwatch maps have associations with characters – the Temple of Anubis is Pharah and Ana’s home turf, Dorado has connections to both Sombra and Soldier: 76, Tracer hails from King’s Row and so on. In Ilios, Overwatch has a Greek setting without an associated character (though it’s far from the only map where that’s the case).

As this thread discusses, there are few heroes in the game right now that hail from southern Europe or the Mediterranean, so Greece would tick that box too.

The only concern is that there’s little sign of a male Greek hero in the current lore – here’s what we’ve been able to glean on Doomfist and others from hints in the game so far.