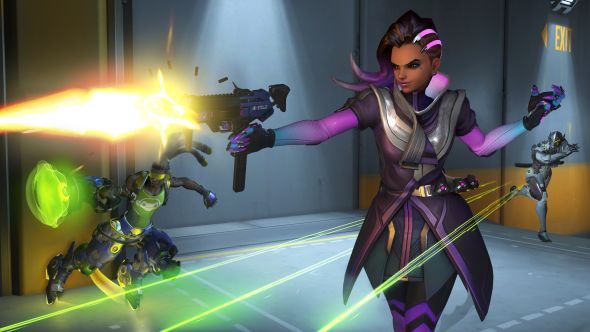 Overwatch game director Jeff Kaplan is currently in the UK for the videogame Baftas, so naturally the English press have been grilling the heck out of him. You can see us doing just that in the video above, where we learned about the upcoming omnic Overwatch event.

In other Overwatch news, the game nearly had a hero who was just a cat in a jetpack.

Speaking to theIBTimes, Kaplan revealed how things were coming along with the game’s next hero. He said that he knows exactly who the next hero will be, suggesting it’s pretty much set in stone.

“The next hero is very far along in development, so we’re at the point where we’re doing art for that hero, we’re doing a lot of aggressive play-testing,” Kaplan explained.

“We know what that hero, what the abilities are and how they interact, so we’re at that point. The heroes past that hero are more in prototype, exploration phase but the next hero we’re pretty set on.”

Elsewhere, IBTimes tried to push and find out what class the hero would be, asking if it was safe to assume the next one would be defence, since we haven’t had an extra one since the game launched.

“No it is not safe to assume that,” he replied.