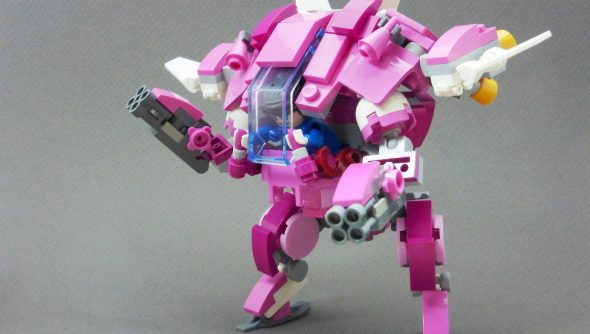 If there’s anything that will keep the Great Overwatch Fan Art Furnace stoked for the next nine-to-twelve months it’s the minimalist appeal of Lego recreations.

Want more inspiration for games-inspired art? Plenty to be had in the best Minecraft adventure maps.

A bunch of dedicated builders across the net have already made some incredible efforts to immortalise one of the fastest-selling Blizzard games of all time in modular pieces of plastic.

Some, like this D.va figure (above) made by Flickr user (and budding Master Builder) Stormbringer, even have detailed walkthroughs on how to make your own.

Obviously, due to the nature of Lego bricks being….brick-like, mechanical constructions are particularly effective in the medium, and Overwatch having a healthy Omnic presence is willing to oblige.

Below are two creations from Simon Liu, who has fully realised the merits of making robots and armour out of Lego with chunky Reinhardt and Bastion builds, including the latter’s feathery friend Ganymede. 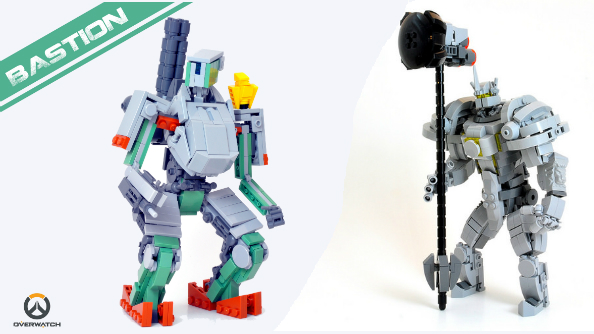 Liu has even managed to preserve some of the minor detailing on Reinhardt with a Lion face motif on the left arm, as a reference to the Lionhardt legendary skin. The piece itself is from the Castle playset and is intended as a bit of decorative masonry. Not anymore.

Other robots prove a little more difficult as Zenyatta’s more rounded and human form doesn’t adhere well to mostly square bricks, but Dead Frog Inc. has managed an incredibly intricate build with a neat transparent stand to catch that levitation look, too. 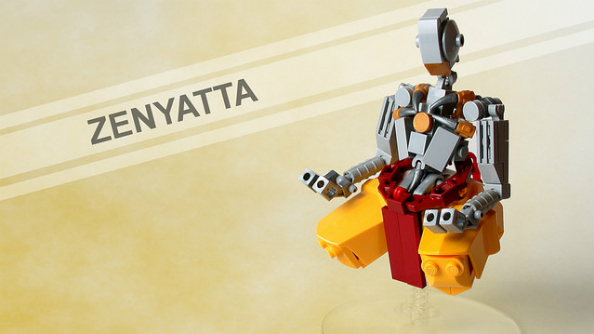 Humans are even further along the uncanny valley of Lego, and this Tracer representation by Tim Schwalfenberg is all the faceless terror we can take. He even gets the quiff right, now if only there was a “hackneyed cockney accent” brick. 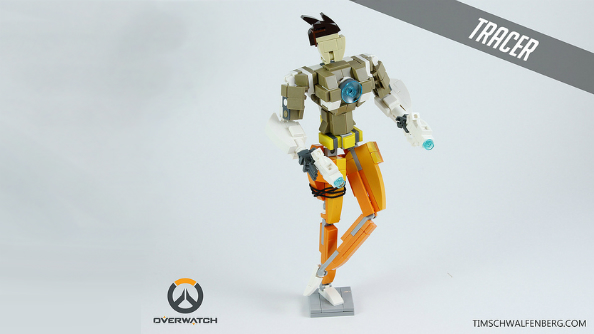 And of course, what would be the point in making things out of Lego if you didn’t make absurdly large life-size versions of in-game weapons out of tiny tiny bricks.

You might remember ZaziNombies from the DOOM BFG he made last month, well this month he’s turned his powers to Reinhardt’s rocket-powered hammer. It even lights up! No working rockets though, what with the plastic and all.