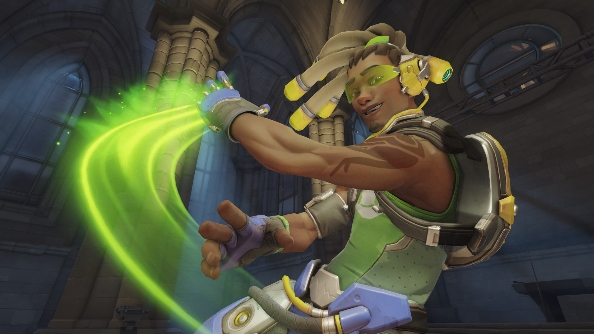 I ignored Overwatch for a very long time. During its pre-release hype and beta periods I assumed that it wasn’t going to be a game for me. Blizzard only make games for hardcore players, right? Just look at StarCraft and Hearthstone; unless you’re a perfect player dedicated to ‘the meta’ and honing your skills over a bajillion hours, you’re going to be decimated, right?

Need some guidance when it comes to heroes? Try our best Overwatch characters guide.

After being urged on by my colleagues though, I gave Overwatch a shot this weekend. Surprisingly, it’s the most I’ve enjoyed a competitive shooter for a very, very long time. And it’s all down to some elegant design that makes it a friendly, welcoming place to be.

Overwatch throws in the bin one of the oldest elements of the online FPS: the leaderboard. Typically we’re used to pressing TAB and seeing a long list of everyone on the server and just how well they’re performing. Press TAB in Overwatch, and you’re presented with the stats you – and only you – have accumulated in the match. 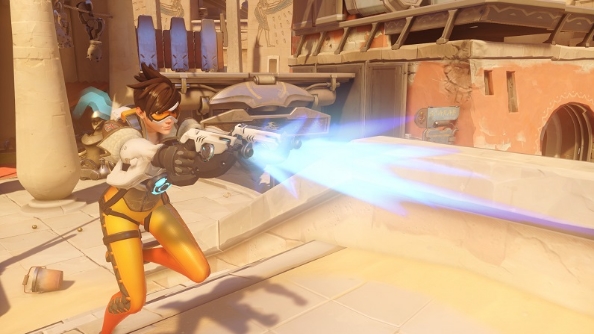 And that’s a beautiful thing. It means that online bullies suddenly lose a big weapon. Many gaming trolls open the scoreboard and start hurling abuse at the person at the bottom of the list the moment they get frustrated. Now, unless they have a good tactical grip of the game and are incredibly attentive, it’s impossible to single out a specific player.

This continues to the end of the match, where the post-game analysis board highlights achievements from players across both teams; who was the best healer? Who absorbed the most damage? At this stage you can award commendations to players you felt did really well. You can even commend someone on the enemy team, a cool pat-on-the-back and recognition of a good sport, even if they were in your crosshairs moments before.

While you’re focussing on decimating the opposition, you’ll find that even the way the in-game communication is designed draws attention away from toxicity. Characters can emote with things like waves or a thumbs-up to greet and acknowledge other players. There are basic phrases they could shout – team up on me! My ultimate attack is ready! – but notably absent is the taunt. 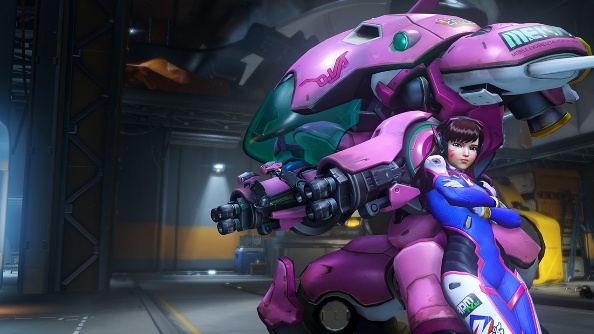 Taunts have become pretty popular lately, especially in character-based games where there can be unique ones for every hero. But by their very nature they are anti-social. Admittedly you’d have to be astonishingly thin-skinned to be upset by the use of a taunt, but I admire that Blizzard have focussed on emotes that encourage community or are just plain cheerful, rather than poking fun at other players.

While the game supports voice chat, if you’d rather keep away from microphones (that’s where the worst ‘banter’ can be found, of course) Overwatch makes it easy for coordination and teamplay without them. Characters automatically shout contextual dialogue in certain situations, so if someone walks by an enemy turret their hero will call “They’ve got turrets out here!”. It means you get the right info without having to risk being called names on VOIP.

The other thing I’d like to note is the age rating. Overwatch has a PEGI rating of 12, which is practically unheard of for an FPS. The Pixar-like design and cast of wonderfully designed, fun characters is very clearly designed to appeal to a wide audience of both adults and children. And while there’s a lot of killing, it’s not a violent game. Instead it’s chaotic, replacing the bloodthirst of other shooters with the kind of madness you’d find in a Saturday morning cartoon. It’s a wonderfully refreshing atmosphere. 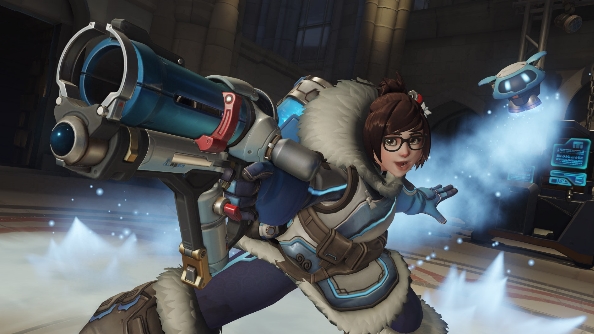 All of these elements help make Overwatch friendly and inclusive, but they’re the layers of frosting and filling on a cake that’s fundamentally made to an exquisite recipe. The very basics of Overwatch – fulfilling simple objectives and defeating enemy players – are so easy to get to grips with. The numerous heroes with unique abilities look MOBA-like on the outside, but it comes with absolutely none of the daunting learning curve. Sure, this is a game where you could develop deep and interesting tactics, but it’s completely friendly to people who just want to run and gun for ten minutes.

It’s so energetically paced that there’s no room for frustration or anger; within minutes the slate is wiped clean and the game starts over. And the broad selection of heroes means there’s something the fits every player like a glove. There hasn’t been a multiplayer shooter this immediately accessible since Team Fortress 2.

And so I’m hooked. I know I’ll never be as good as those who dedicate their every free moment to it (heck, I’ll never be as good as our news editor Ben), but it really feels like it doesn’t matter in Overwatch. For all its depth and eSports potential, this is a game that puts fun and having a good time right at the forefront. And because of that, I get the feeling I’ll be playing Overwatch for a very, very long time.