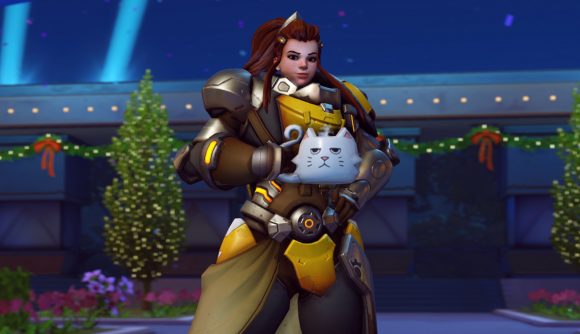 Overwatch’s Winter Wonderland event is back for 2018, and it brings us yet another maddening tease for Jetpack Cat. Yes, Blizzard is once again referencing a hero that it suggests is too silly for actual inclusion in Overwatch. But listen, folks – we live in a post-hamster-in-a-mech-ball world. The eventual inclusion of Jetpack Cat is only a matter of time.

The new event brings us an array of new cosmetics, including a line of ‘toast’ victory poses that have a selection of heroes enjoying beverages in celebration of the holidays. Tracer has a tea cup. Moira has a fancy glass of hot chocolate. Doomfist has a shot glass. Reaper has a plain, empty coffee mug. Junkrat has fast food soda cup.

But Brigitte has a cat-shaped mug. As Veronika Rodriguez brought to Twitter’s attention, it’s built in the image of Brigitte’s own family cat – the same cat that was outfitted with a jetpack in her origin video, and the one whose jetpack concept appeared among the blueprints that teased Brigitte’s original arrival. Hope for Jetpack Cat remains alive – and hero 30 has a lot of expectations to meet.

Oh, and just in case you weren’t convinced that this mug is really Jetpack Cat from the image above, let’s take a closer look. 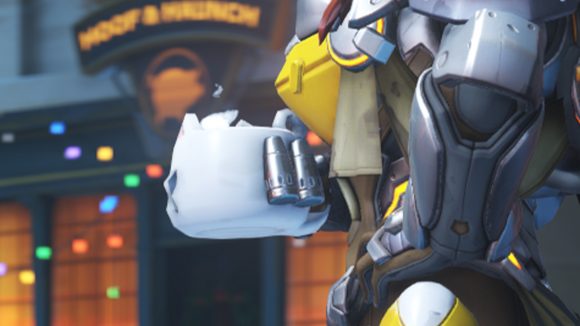 Stay tuned for further Overwatch updates. In the meantime, keep saying “Jetpack Cat confirmed” until you and Blizzard both believe it. It has to happen – and it is just about time for a holiday miracle.