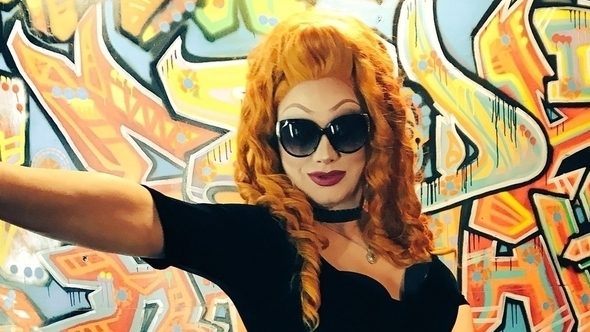 Jinkx Monsoon, the winner of season five of RuPaul’s Drag Race, has thrown her hat into the ring to voice Overwatch’s Queen of Junkertown.

Here’s how Blizzard combined Left 4 Dead and Overwatch lore to create their best event yet.

The Queen of Junkertown first caught our attention back in September – when Overwatch’s Junkertown map was released. Though we never actually see her majesty in person, we hear her voice as we make our way through the escort map – and the walls are lined with posters of the enigmatic leader of scrappers.

This has led fans to speculating that the Queen of Junkertown could be Overwatch’s next hero – or at least a future hero.

But who would voice such a fiesty queen? Well, how about our favourite narcoleptic drag queen – Jinkx Monsoon. She’s certainly interested (via DBLTAP).

Hey hey, @Blizzard_Ent and all you peeps at @PlayOverwatch – my buddy @localcrone drew me as the JunkerTown Queen. If you’re looking for a VO actor to voice your (obvious) future character- gimme a call. 😉 pic.twitter.com/QGNCAPD3oO

Unfortunately, as fans were quick to point out, the Queen of Junkertown already has a voice actor. But there’s no denying Jinkx would bring some extra flare to Blizzard – she just needs to work on her Australian accent.