Blizzard have announced the Overwatch League All-Access Pass for Twitch. It will cost $29.99 for the inaugural season and offer a number of perks, similarly to a BlizzCon virtual ticket. Said perks include exclusive in-game Overwatch skins and an ad-free experience when watching the League on Twitch.

Here’s our guide to the Overwatch League.

Those skins follow the Overwatch icon’s orange, grey, and white colour scheme, and do look rather sleek: 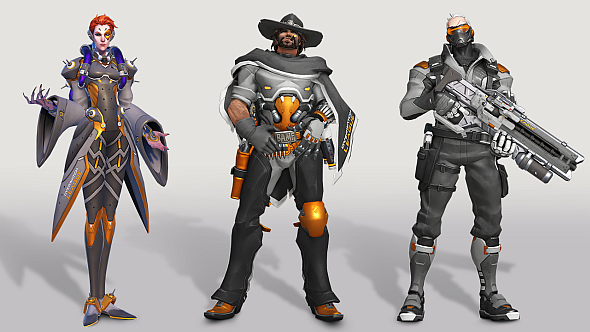 You’ll also get an in-game spray and player icon. On Twitch, passholders will get an ad-free experience when watching the Overwatch League, and 23 global emotes, including gold team emotes to show your support:

The All-Access pass also gives you a global chat badge, to show off on Twitch wherever you are. In the OWL chat, you’ll show this badgeanda subscription icon.

Here’s the announcement over on the Overwatch League site. If you’re interested, head to the OWL Twitch channel and note the new All-Access Pass tab at the bottom – you can pick yours up there.