The San Francisco Shock are the Overwatch League 2019 champions. Dominating all four rounds, the predictions from fans and professionals alike came true, with an astonishingly strong display from the Californian team.

On Sunday night, the Vancouver Titans and the San Francisco Shock finally met to determine who was the best of the best. The Titans were top of their class, coming from a strong winners’ bracket position, while the Shock had lost to Atlanta Reign in early September, so they still had something to prove. Since then, the Shock have cleaned up the losers’ bracket, wiping the floor with anyone who stood in their way. London Spitfire, LA Gladiators, Hangzhou Spark, and New York Excelsior all fell victim to precise plans and great plays by the Shock – the San Francisco team didn’t even lose one map in any of those matches. And then it came to the finals.

If you’re unaware of how Overwatch League matches work, it’s a fairly simple setup. Maps are chosen by the teams, often for their particular strengths as players. Different maps have different objectives and styles of play, which means all teams need to be somewhat adaptable. The first team to win four maps wins the entire game.

The first round was Lijiang Tower, a control map (meaning whomever holds the centre of the map for the required time wins the round). Fan favourite Jay ‘Sinatraa’ Won, playing Doomfist, immediately showed his skill as a DPS player, cleaning up the Titans with vicious accuracy alongside some impeccable Orisa plays by Smurf. Although the Titans made some great calls, it wasn’t enough, and Shock came out one-nil. 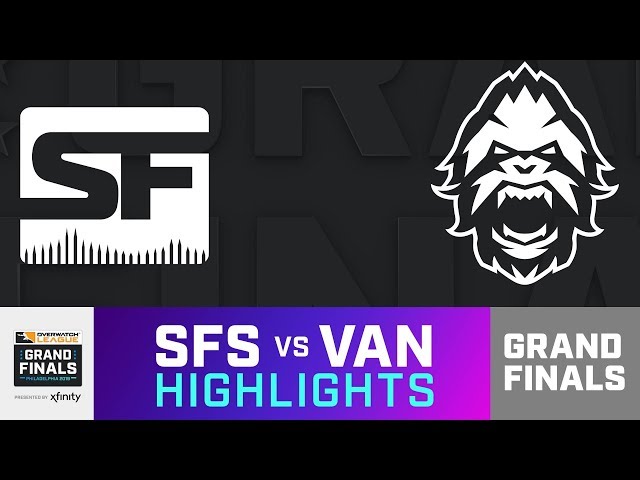 Eichenwalde was up next and it was, in my opinion, the best round to watch. If you’re going to check out any of the match, you can tell a lot of how the rest of the finals went from the action on Eichenwalde. The Shock, building their team around Park ‘Architect Min-Ho’s Bastion, made some impressive plays – when pushing for the last point, Architect launched himself up to a chandelier, hosing down the Titans in what might be one of the cheekiest final moments of any Overwatch League match to date. Although it emerged at a press conference that this was semi-planned, the idea was for Architect to ride up on a Mei wall, yet he used the last shot of his ultimate to make it there on the spur of the moment. A fantastic idea in a fantastic round.

Third was Temple of Anubis, where it looked like the Titans could hold their own. Denying several pushes by the Shock to get on the first point, it looked like there was hope yet for the Canadians, who were reinvigorated after a frank discussion of their mistakes during the break between matches. But Andy Miller, the Shock’s owner, often says the longer his team plays a match the better they become, and so it proved. After a hard-fought win for the first point, the Shock stormed the second with ease. 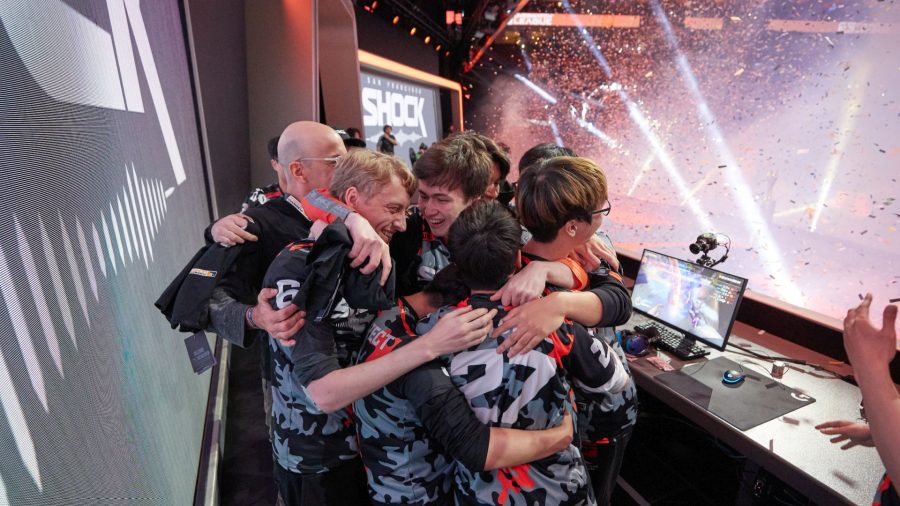 The final round was Watchpoint: Gibraltar, and another opportunity for the Shock to use their successful Bastion composition. By this point fans could feel that a four-to-zero shutout was on the cards, and it seemed like the Titans did too. Although they put up a hell of a fight, once the payload was past the first checkpoint it practically raced towards the end. On their turn the Titans almost pushed it far enough to equalise the round, but a combination of Moth’s Baptiste ultimate and, again, Architect’s Bastion plays melted their last push, killing most of the team in quick succession. The Shock kept the Titans from getting back to the payload through another Bastion ultimate, Orisa shield, and a Mei wall, and that was that. The Shock had done it – they became the second-ever Overwatch League Champions.

Fans of every team cheered both finalists, which is rare in other sports

A four-nil score doesn’t reflect the skill and hard work the Vancouver Titans showed during the match. At no point did it feel as if they were giving up, or that they weren’t testing the Shock to the limit – the thunderous applause they received reflected their performance far better than the score.

But the San Francisco Shock were the best. The team was just fantastic in almost every aspect of play and they deserve the title. With a new home team format on the way, who knows how they and indeed everyone else will perform next season – they’ll have time on the road, which will complicate their already vigorous training schedules, and the psychological impact of home and away crowds to deal with. For now, though, the Shock are on top of the world, and will surely enter next season in a position of strength. 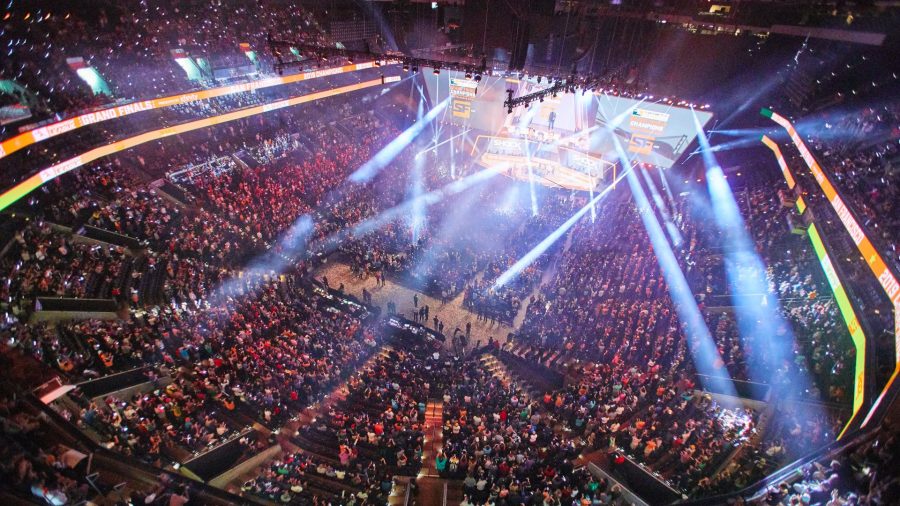 No matter who you might have supported this season, you can really appreciate the Overwatch League finals as some of the most exciting esports entertainment to be had. In the stadium there were fans of every team cheering for either the Titans and the Shock, which is something you don’t see in many competitive scenes – look no further than football, with its generations-long grudges.

Even if you’ve read this rundown I’d still advise interested parties to watch the entire match, as it’s a great introduction to what the Overwatch League has become. (I’d also recommend watching the official MVP of the finals, Choi ‘Choihyobin’ Hyo-Bin, and his outstanding tank play. It’ll give you an idea of the true potential that is Sigma and the current meta’s strengths.

In any case, the electric atmosphere in the Wells Fargo Centre was the product of two immensely skilled teams and the backing of their dedicated fans. I can’t wait to see the effects of next year’s format on the players and audience alike.