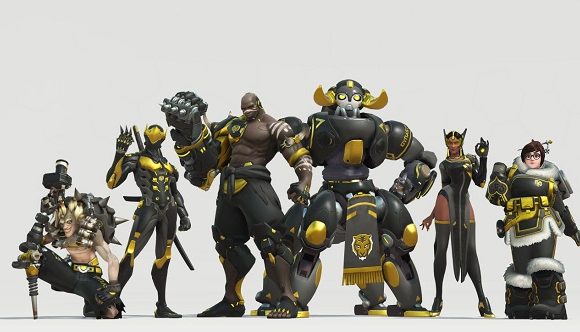 Blizzard is in the final stages of talks to fill two expansion slots for Overwatch League’s second season, according to ESPN. The cities that look set to join are Paris and Guangzhou.

Guangzhou is one of the largest cities in China, so it makes sense for them to join Shanghai Dragons and Seoul Dynasty on the Asian side of the league. Their slot will be bought by the Nenking Group, the umbrella company of Chinese billionaire Zhong Naixiong and the ownership group of Chinese Basketball Association team Guangzhou Long-Lions.

The final stage of the OWL’s first season begins tonight (00:00 BST on Saturday in the UK) and will see Spitfire square off against Philadelphia Fusion for the winner’s share of the million-dollar prize pool. Investment is expected to grow as the second season approaches.

ESPN also say that the remaining slots for season two are expected to sell for a range of $30 million to $60 million, providing a hefty injection of cash to the OWL.

Back in May, the League’s president and CEO, Pete Vlastelica confirmed plans to grow its roster. He confirmed that six new teams would join, two each from North America, Europe and Asia, expanding the League by one third. Obviously, teams from Paris and Guangzhou would line up with that.

The Overwatch League launched in January and has seen phenomenal success in terms of sponsorships and broadcasting rights sales. Earlier this month it was announced that future matches would be broadcast live on ESPN and Disney XD in the US, in an effort to further expand the esport’s audience. Here’s hoping that the OWL continues to blaze a trail for esports awareness and engagement as it attracts new teams from across the world.