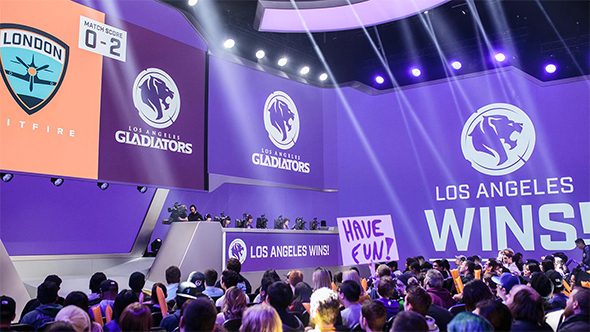 Overwatch League is heading to network TV. Disney and Blizzard have announced that League play will be broadcast on networks owned by the House of Mouse, including ABC and ESPN. In addition to the major network broadcasts, League coverage will come to other ESPN family channels and Disney XD.

The broadcasts begin tonight with day 1 of the quarterfinals to be broadcast on Disney XD and ESPN3. Those two networks will host all three days quarterfinal play, as well as the first day of semifinal play. We’ll gradually see the broadcasts move to more significant channels as the playoffs progress, and day 1 of the grand finals will be broadcast live in primetime on ESPN. A highlights show will run on ABC following the finals on July 29.

Get competitive in the best multiplayer games on PC.

You can see the full broadcast schedule below. Further details haven’t been announced, but the deal will cover season two next year – whether it includes events like All-Star Game remains to be seen. Overwatch League will still be streamed via Twitch, which was supposed to have exclusive streaming rights for the League’s first two years – apparently, streaming and television broadcasts are reckoned differently in these contracts.

Regardless, ESPN and Disney network subscribers will have access to live streams of the games via the networks’ respective apps. Disney’s networks also have a variety of other digital rights to take advantage of. Whether that’s online highlight packages or primer videos for new viewers – or something else entirely – remains to be seen.

Disney networks, including ESPN and Disney XD in particular, have streamed esports events in the past, including Blizzard events like Heroes of the Dorm and the Overwatch League Contenders Series, but this is the first multi-year agreement covering multiple networks. No financial terms for the deal have been disclosed.

Regular esports viewers will likely stick to Twitch viewership – a survey from commentator Paul Chaloner suggests 63% of fans don’t want to watch on TV – and this effort is probably aimed to capture new viewers through traditional distribution channels.