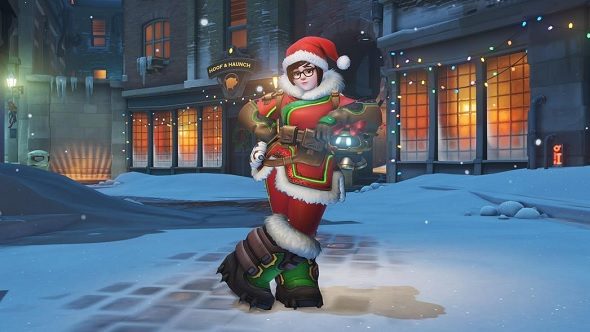 While other Winter Wonderland skins like Nutcracker Zenyatta and Elf Tracer have been received with open arms, Mei’s new Christmas skin has been received about as well as a child getting coal in their stocking.

Overwatch has taken the world (and the PCGamesN office) by storm. See why we think it’s one of 2016’s best games.

The negative response to this Legendary skin has been so drastic, that Overwatch’s director Jeff Kaplan felt the need to formally apologise for it on the Overwatch forums. “Apologies that our “cool meter” was off from yours on this one” Kaplan says when talking about the skin, stating that “we’ll try to align better on future content.”

The main point of contention seems to be that while Mei gets brand new animations with this Legendary skin, most notably that she turns into a snowman when using her ice block ability, the actual costume is just a palette swap of her regular winter coat. Besides the Santa hat, you could mistake this for a Rare skin, not a Legendary one.

When most Legendaries have characters drastically changing appearance, it’s no wonder that some fans are giving this skin the cold shoulder. Luckily, all hope is not lost for those wanting a cool Mei Legendary, as Kaplan did state that she will be receiving something “pretty awesome” in early 2017.