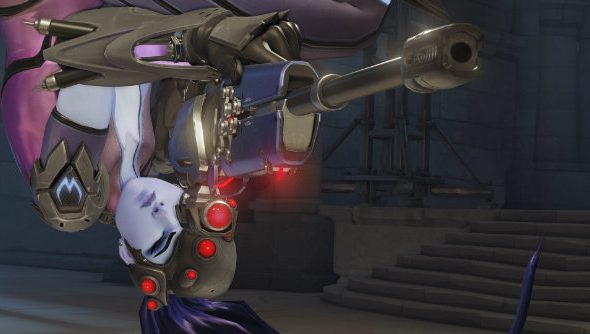 Generally, being on fire isn’t recommended. In Overwatch, though, it’s a badge of honour – a sign that you’re doing well. You’re the most fire player in the goddamn match, you proudly think to yourself as your flesh slowly melts away and the bacon-y smell makes you hungry.

For more from the world of online gaming, check out our feature on the best multiplayer games.

Overwatch’s ‘on fire’ system doesn’t really do a great job of explaining itself, but basically it’s a way of highlighting players who are doing particularly well – not only for boasting rights, but to also mark you for the other team as a priority target.

Its main function is to give your team a chance against a player who’s dominating, allowing you to deploy an efficient counter. So like in real life, being on fire isn’t always that great.

With that in mind, redditor Medikasohas put together a helpful guide that breaks down the system, laying out exactly which actions cause the fire bar to fill up.

The fire bar can fill up infinitely, but it’ll only ever show 350 points as the maximum. You’re actually classed as ‘on fire’ when it hits 250 points, and the bar constantly degrades by five points per second, so you’ll need to be pretty active if you want to stay alight.

Here are the actions you can take to get the bar filling up:

Medikaso also does YouTube guide videos for Overwatch, so check out their first at that there link.