Overwatch patch 1.5 is now live, adding Sombra – the new hacker hero – along with a new map, the Arcade, and your usual assortment of balance tweaks. The Arcade adds some exciting new game modes that don’t fit Casual or Competitive, like 1v1 duels, and offers Loot Box rewards as incentives to take part. The new map, Ecopoint: Antarctica, takes players to Mei’s old stomping ground, just before her decade-long cryosleep. All the changes below.

Here are the best Overwatch characters so far.

Overwatch patch 1.5 is now live for everyone.

“One of the world’s most notorious hackers is stepping out of the shadows: Sombra, a mysterious infiltrator who uses information to control those in power.”

For a full run-down of all ofSombra’s abilities, cosmetics and suchwe’ve got you covered in our seperate article. You can also find out about the long-running Sombra ARG on page two. 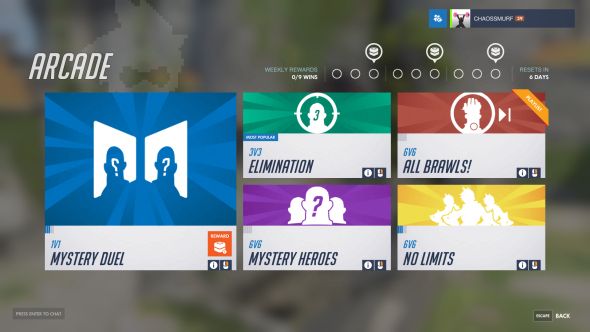 “Discover brand new ways to play Overwatch in the Arcade. Choose from a variety of regularly rotating game modes, maps, and rulesets that don’t quite fit into Quick Play or Competitive Play. Whether it’s 1-on-1 duels, 3-vs-3 skirmishes, our alternating selection of brawls, or special rulesets like ‘no hero switching,’ you should have no problem finding a game that fits your mood. Experience is earned just like any other mode, but you can also earn Arcade-specific rewards, like Loot Boxes!”

Here’s how this iteration of the arcade breaks down:

These will rotate as necessary, based on popularity and time. They’ll still all be available in custom games once Blizzard turns a few dials to get them working, but not always these playlists. Once Blizzard get that server browser working, they will of course be available to play at pretty much any time. You can also see which of the modes are proving most enjoyable to the community via the popularity pips on each card.

Most notable is the free loot boxes given in the Arcade. Whenever new game modes rotate in they’ll give a free loot box for the first win. You also can get three loot boxes per week, one per three wins in any Arcade modes. 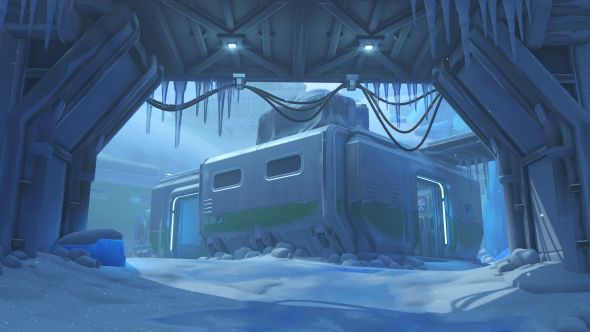 “Bundle up for a journey to Ecopoint: Antarctica, the former Overwatch installation where climatologist Mei-Ling Zhou was once stationed. While researching severe weather anomalies in the region, the station was hit by an intense polar storm. Running out of options and low on supplies, the team decided to cryogenically freeze themselves until the storm passed. They believed that it would only be for a few months, but Mei awoke nearly a decade later.”

This new map is under the new Arena classification. This is designed for smaller games, like the 1v1 and 3v3 modes it’s currently supporting on the PTR. It has no objectives as these are pure deathmatch modes. There are also various easter eggs scattered throughout the map, like Mei’s incredibly sad birthday card to herself. More here, if you love tears. 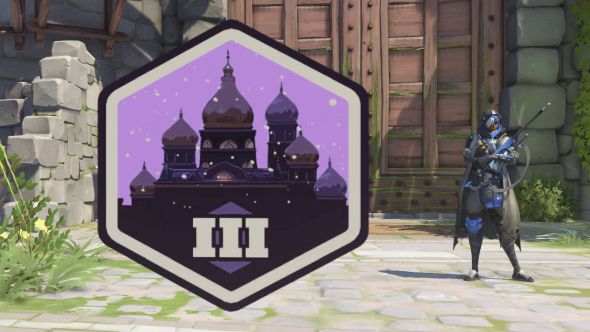 Blizzard have also made a few adjustments to the skill rating system for season 3. Players will be distributed more broadly across the skill tiers, which means that your season three rating will probably be lower than the previous season.

Developer Comments:“When season two started, we had more players in the Gold and Platinum skill tiers than we originally intended. This meant that skill levels varied widely for players within those tiers, and some players were achieving inappropriately high rankings during their placement matches. These players typically began the season by having their skill rating adjusted downwards after their first few matches. For season three, skill ratings will be slightly lower after your placement matches, allowing them to increase as the season begins. After you play enough matches, your skill rating changes will return to normal.”

Developer Comments:“With the way our experience curve works right now, players move fairly quickly through the first 23 levels of each tier (1-23, 101-123, 201-223, etc.). This is because when a player is promoted after 100 levels, the experience curve resets. While this reset has worked pretty well so far, it’s also encouraged some people to stop playing the game after they’re promoted—hoping to save those first 23 levels for a seasonal event. To help address this, the experience needed for all post-promotion levels (any level after 100) is now consistently 20,000 and will no longer reset. The total experience required to gain 100 levels after a promotion is roughly unchanged, but the total experience required to earn the first 100 levels (before the first promotion) has been slightly reduced.”

Developer Comments:“We’ve been monitoring your feedback to the 1-hero limit in Competitive Play. Overall, we believe the game is in a better place in terms of balance and stability with the hero limit in place. For this reason, we have decided to add the 1-hero limit to Quick Play. We understand that there are a lot of players who enjoy the ability to play multiples of the same hero, so we have introduced a new mode to the Arcade called ‘No Limits.’ This mode uses Quick Play’s original ruleset, which allows for hero stacking.”

As Blizzard said previously, they’re making a number of significant hero adjustments this patch and will also be experimenting with different balance tweaks throughout the duration of the PTR.

Don’t expect these changes to stay the same for the duration of the PTR, but we’ll update these notes as the tweaks happen.

That’s it for Overwatch patch 1.5 – check back for updates regularly or we’ll see you in the very near future for patch 1.6.