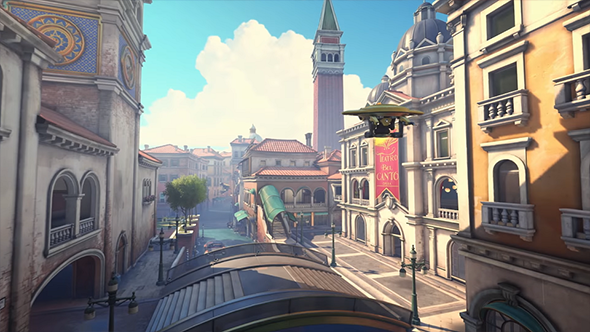 Update, May 4: The Rialto map is now live in Overwatch.

The new map is a payload escort through Venice, Italy, and you can check out a sizzle video for it above.

Here are the best Overwatch characters in each class.

The map release is accompanied by the latest patch, which features the long-awaited rework of Hanzo, amongst other changes.

Update, May 2: Rialto PvP goes live on May 3, and chances are good that the rest of the latest PTR will follow.

Overwatch’s new map finally hits live servers tomorrow, with the Italian themed Rialto exiting the ether and making its PvP form real. First introduced as the stage for the Retribution event, the regular Rialto is a payload map set to hit standard play – it won’t be in the competitive rotation for a while yet.

With the launch of one major element from the PTR on May 3, odds are good that the other big-ticket item – the Hanzo rework – will also go live with the update. That means Scatter Arrow would be gone, replaced by a less frustrating Storm Arrows ability.

The launch of anything but Rialto is not guaranteed, but if the full PTR goes live that would also include nerfs to Brigitte, Genji, and Junkrat, as well as improvements to Lucio’s Wall Ride.

Update, April 19:Overwatch’s PvP Rialto map will go live on the PTR tonight, and is not currently available.

This morning, we reported that the PvP version of Overwatch’s Rialto map was live on the PTR (see below). The map is in fact not live yet, and will be available later tonight.

An update came through from Blizzard this morning saying that the map was live, but we have just learned that this message was sent in error.

Overwatch’s new Rialto PvP map is live on the PTR, allowing you to investigate the location featured in Retribution – but during the day.

The new escort map sees you escort a payload past canals and through the cobbled streets of Venice.

Blizzard have not confirmed when the Rialto map will hit live Overwatch servers.

Overwatch’sRetribution eventlaunches later today, unleashing players on Rialto, a new map set in Venice. Though the event is PvE, a PvP version of Rialto is in the works, but will not launch until after Retribution finishes.

Speaking with press, Overwatch’s assistant game director, Aaron Keller, explained why we won’t be seeing the PvP map for a little while.

“The PvP map is not going to launch tomorrow, it’s going to hit the PTR a week or two. Then it’ll come out shortly after the event finishes,” Keller says. “The reason that we’re folding it is that we typically don’t PTR our events but we always want to PTR our PvP maps, we think it makes the best play experience. So we’re going to give the event about a week and then we’re gonna put this thing up on the PTR so we can fully playtest it and make any changes that we may need to before we release it live.” 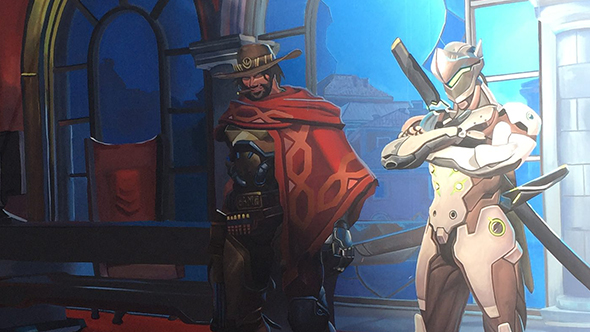 In a follow-up interview with PCGamesN, designer Adrian Finol explains that making two versions of one map has been a different experience for the dev team.

“Rialto was really fun to work on,” Finol says. “It was interesting to find a knife balance between PvE and PvP, we thought it would be interesting to play a map that is shared between those two game modes.” Apparently, we’ll be able to tell that “the timeline is a little further in the future,” presumably in the PvP version of the map, which is set in the present day.