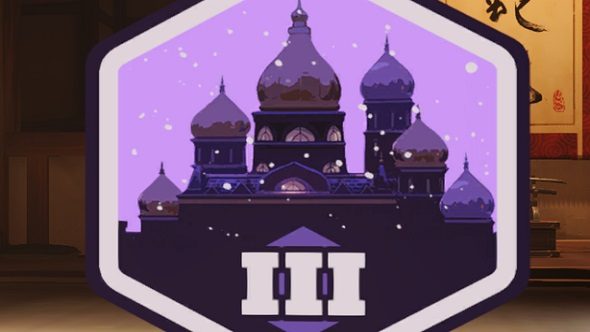 As Season Four of Overwatch is in full swing, complete with a new tank hero and a certain recon robot on the rampage, it’s helpful to look back at the previous season of play to see what worked well and what could be improved. In a lengthy post mortem over on the Overwatch forums, principal designer Scott Mercer ran through some of the key stats from Season Three.

For those deep in the thick of Season Four, here are the patch notes for patch 1.9.

First off, Mercer ran through the percentages of the player base that reached certain ranks. Gold was the most populous with 34% of players ending up at this rank, followed by Platinum at 23% and then Silver at 22%. Less than 1% of Overwatch players reached Grandmaster while 6% were stuck at the bottom in Bronze. According to Mercer, the median skill rating was around 2300 so if you had a max SR of 2350 during Season Three, you had “a higher SR than 50% of the population.”

As for the higher end of the spectrum, only about 8% of the total player base had a SR of 3000 or more at a one time. This rating was “a good breakpoint for [Overwatch’s] decay rules” said Mercer, as only a small percent of the population reached this rank and having significant skill decay would reduce the amount of fair matches played at the upper end. If you did decay due to a period of inactivity, it would only affect “your current displayed skill rating” and you would gain more SR in the next few matches to realign your displayed SR with your internal matchmaking rating.

Mercer was keen to discuss an upcoming change to match finding in Overwatch, which will affect groups who play with players at either ends of the SR spectrum. “The matchmaker will no longer create a match above a certain win percentage threshold”, meaning that players aren’t waiting for ages trying to find a match which has a roughly 50% win threshold for each team. It’s simply too much of a hassle to account for groups with a massive SR disparity, so Mercer now advises that groups “try to play during prime hours for their region” in order to get fair games.

The matchmaking team didn’t want to “create a strict rule such as ‘you can’t queue as a group above X Skill Rating’”, but a future patch may advise players that “the wait might be a very long time” when playing with a specific group composition. The current plans for the matchmaking team involve working on “win/loss streak bonuses and SR volatility, tuning and improving expected win % calculations” along with some other elements of the matchmaking system. Expect more news on these changes as Season 4 continues.