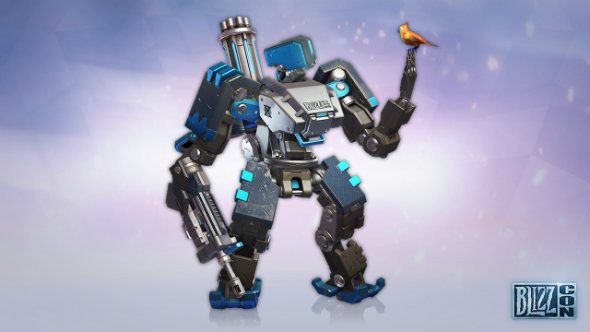 Overwatch’s latest patch is now live in the PTR, adding a server browser, bringing the Year of the Rooster event’s CTF mode to the Arcade along with new maps, and tweaking a range of your favourite heroes.

Watch Overwatch This episode 18 for more information on the game’s latest changes.

The server browser will allow players to set up custom games to play with their friends or other players from across the globe.

You can tweak a bunch of variables in the server browser, creating your very own Overwatch experience. Want a snipers-only match with no-cooldown Widowmakers? Go for it. Want to make Roadhogg have triple health and pit him against a team of six normal heroes? Sure thing.

“An extension of Overwatch’s Custom Game mode, the server browser allows you to adjust the settings on various maps, modes, and heroes, creating your own tailor-made server,” say Blizzard. “If, for example, you want to increase Pharah’s missile speed or remove the cooldown from McCree’s Combat Roll, the power is yours.

“Once you’re happy with your settings and you’re ready to launch your game, you’ll need to set up the permissions. You can limit the number of people who can join your game by toggling the “Friends Only” or “Invite Only” options, but if you want to put your strange creation to the real test, set your server to “Public” and click the launch button.”

Additionally, Capture the Flag has been added to the Arcade and it will support CTF versions of Nepal, Lijiang Tower, Ilios, and Oasis, bringing the total supported maps to 12.

As always, there are a range of balance changes for heroes, too. Almost all of the heroes now have an option to tweak target sensitivity for specific skills, such as Ana’s Nano Boost, Sombra’s Hack, and Roadhogg’s Hook.

One of the biggest reworks is coming to Bastion, however. He can now deploy into his sentry for half a second faster, and bullet spread has been increased for the configuration, though it doesn’t increase the longer you fire anymore. He also has 100 more bullets to chug through before the magazine is out. To offset that, headshot bonus damage has been removed, so just go for the torso.

In Recon, his bullet spread has been decreased and his magazine size bumped by five bullets. He can also self-repair while moving, so you can duck away if you’re attacked while fixing yourself up, since it also won’t be interrupted by incoming damage. You have to manage a new resource well to use the repair function, though, as it only recharges when not active.

In his Tank configuration, Bastion no longer has bonus armour. However, Ironclad, a new passive, gives him a 35% protection from damage instead.

“The goal of these changes is to move some of Bastion’s power from Configuration: Sentry to Recon, while keeping its sentry mode a strong option, especially versus tanks and barriers,” say Blizzard. “Overall, Bastion should feel stronger and more flexible with these changes.”

Elsewhere, D.Va can now block projectiles regardless of how far out they are with Defense Matrix.

“Previously, there was a minimum distance a projectile had to travel before it could be destroyed by Defense Matrix,” explain Blizzard. “This made it nearly worthless in situations where an enemy was right next to your teammate, such as when Roadhog hooks your ally. This change removes that restriction so Defense Matrix should now reliably destroy projectiles regardless of how far they have traveled.”

As for Mercy, she is now temporarily invulnerable when using Resurrect, meaning she doesn’t have to sacrifice her life to bring everyone back into the fray.