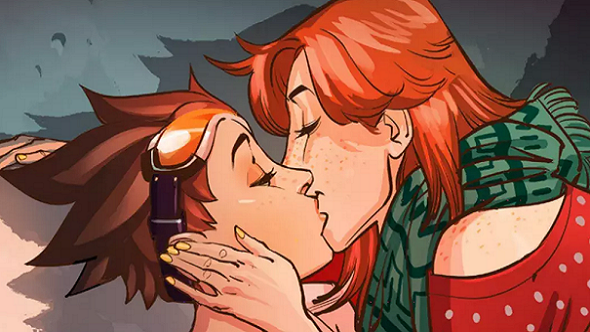 Overwatch has a bunch of heroes, including robots, primates, men, women, and cybernetically-enhanced ninja, so naturally its players spend a lot of time thinking about who’s banging who. Shipping is real. It’s an epidemic, you could say. We asked Overwatch’s lead story guy how he feels about it.

If you think two is better than one, check out our list of the best co-op games.

“I think one of the things is that [shipping] shows that people are really attached and feel a connection with the characters and to the world itself, so I think that’s really interesting,” explains Michael Chu in response to a PCGN question during a recent roundtable. “It makes me happy that people feel strongly about the characters. As far as the shipping in general, I would say – within the universe – it’s not a particularly strong focus.”

Chu says that the characters in Overwatch are married to their jobs. They don’t have all that much time for snogging each other on the face, because they’re too busy escorting the payload.

That doesn’t mean the community won’t ship them anyway. A voiceline recently hinted that Genji and Mercy might have something going on, for example, breaking the hearts of Pharah and Mercy shippers all over the globe. But do Blizzard take these fans into consideration at all when penning their characters’ stories? Not really, no.

“We’ve set out directions that these characters are gonna go, so in telling the story we have to go with what feels right to us,” explains Chu. “But as you’re seeing with Overwatch and the content fans have created – they’ve taken them in a way that’s interesting to them, made them their own, and I think that’s really great.”