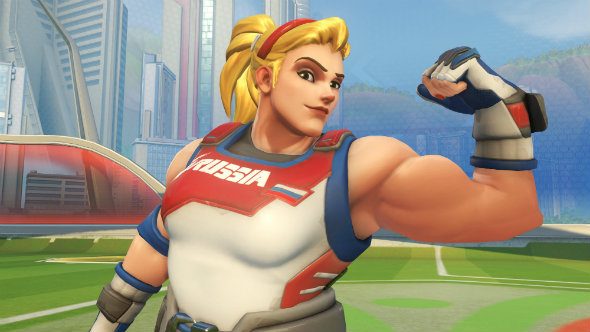 Blizzard’s Summer Games event is in full swing and people are enjoying the benefits, snapping up limited-time cosmetics in Loot Boxes through play. However, Blizzard have made sure you can only either earn these or buy them with real money, causing many to complain about the lack of the option to purchase them with in-game credits. Blizzard’s Jeff Kaplan has responded to these criticisms.

If you like clicking on other people to make bullets come out, our list of the best FPS games has you covered, in bullet holes.

In a lengthy new post on the Battle.net forums, Overwatch game director Jeff Kaplan explains that he appreciates all the feedback players have given, saying that Blizzard are still feeling around to find the right balance with these things for the shooter. He also reiterates a point he made in an earlier video, explaining that they decided to lock the new cosmetics the way they did so they feel “rare and special”.

Kaplan points to the Ana update and the Weekly Brawls as examples of Blizzard generously giving a bunch of free content to the players, also pointing out that there’s no need to purchase seasonal Loot Boxes since you can earn them in-game.

“We wanted to try something new with this event,” says Kaplan. “We’re learning and experimenting with this event. And if the event is received well (my impression so far is that it is being received well once you remove the debate over the items not being available for credits), we will run it again next year. Our Summer Games are on a yearly schedule – not a four year schedule. Our plan would be to have the items available again when the event recurs. Perhaps we add new content to it as well? We’re not sure yet… we’re seeing what works and what doesn’t.

“We’d like to give the event more time and see how people feel as it wraps up. Maybe people will be feeling differently at the end of the vent. Maybe not. If we need to make things less rare – if everyone is entitled to that Genji Epic Skin – we’ll have to reconsider our design philosophy in the future. But I think letting the event play out for a few weeks is the right decision here.

“I understand that I am not posting exactly what some of you want to hear right now. But I also hope you can appreciate giving the event some time to play out before fully passing judgement as well.”

So it looks like Blizzard currently have no plans to allow seasonal Loot Boxes to be purchasable with credits, but that could possibly change in the future, though it looks like it won’t. I’m glad that’s cleared up.