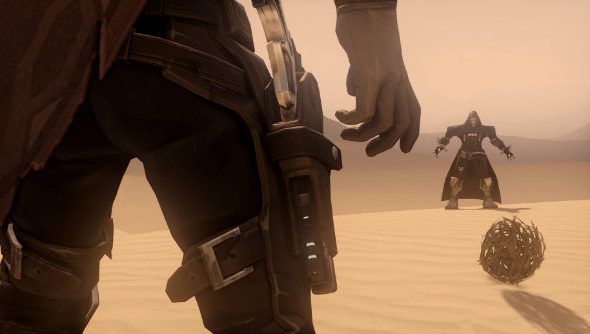 Blizzard released a big old patch for the Overwatch closed beta this week, adding new character skins, achievements and a new map modeled on iconic American highway Route 66. On top of this lot, the patch introduced Weekly Brawls, a new mode inspired by Blizzard’s own Hearthstone.

Will Overwatch join our list of PC’s best FPS games?

Weekly Brawls are rotating game types that feature sets of weird rules to keep the game feeling fresh. Perhaps everyone will get faster abilities, or maybe you’ll spawn as a random hero with each death.

If you didn’t think Overwatch was chaotic enough, these sound like they’ll be perfect for upping the crazy. It’ll also be a good way of honing your skills with a specific hero.

The new gameplay option is a “a work in progress and something we consider more of an experiment for now,” say Blizzard. This is a beta, after all.

It’s cool to see a trickle of new features being tested as we approach release on May 24. Overwatch also enters open beta on May 3, so you’ll be able to watch all the overs you want before you pick the full game up.

And if you’re wondering exactly what sort of brawls we’ll be getting into, dataminers have already dug into the game’s files to uncover the next 14 Weekly Brawls. Check them out below:

On death you will respawn as a randomly selected hero.

Justice Rains From Above!

Pharah and Mercy take to the skies.

It’s high noon on Route 66. Headhots with McCree only.

All support heroes. Limited to 2 of the same per team.

All tank heroes. Limited to 2 of the same per team.

All defense heroes. Limited to 2 of the same per team.

All offense heroes. Limited to 2 of the same per team.

The Good, The Bad and The Ugly

McCree, Reaper and Roadhog duke it out.