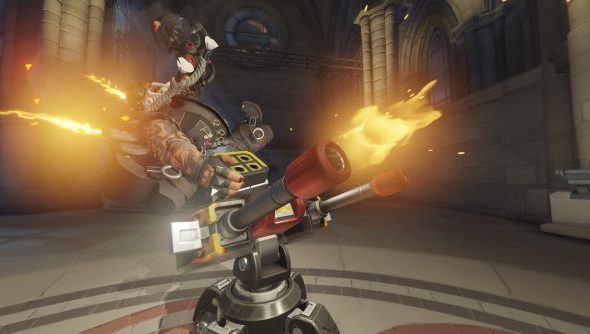 Overwatch has shown the first signs of a divide between the PC and console versions of the game as Torbjörn’s turret will receive a damage nerf next month.

Need the comprehensive guide of the best Overwatch characters in each class? We got you.

Game director for Overwatch, Jeff Kaplan, popped into a Reddit thread (one of thousands since release) complaining of the Swedish engineer’s absurdly high winrate on consoles.

“In an upcoming patch, we will reduce the damage done by Torbjörn’s turret by 30% on Xbox One and PS4,”Kaplan said. “PC will remain unchanged.”

From just looking at Torb’s average winrate between platforms (59.6% on PC, 68% on PS4/XB1) it’s obvious the usual game design defenses of “but there are counters” weren’t cutting it.

The change, which will be implemented in mid-late July once the patch clears certification, will mark the first departure from an identical game across all three platforms.

Kaplanpreviously saidthat console and PC would be balanced separately in order to avoid harming the experience for PC players.

“We don’t want to do anything that would harm PCs because of console tuning,” said Kaplan in March. “And there’s been a lot of unease about ‘I play on this platform, which means the other one is going to ruin it for us’ and we wouldn’t do that.”