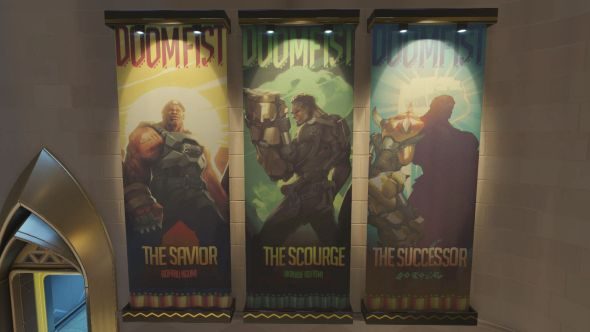 Blizzard remember too. They also recall all the negative feedback from the drawn-out process. To that end, hero reveals will now be more streamlined in Overwatch. Blizzard won’t be presenting them in the same way, it seems.

This is also why you haven’t heard much about upcoming heroes, bar the odd Doomfist tease.

“We have new heroes coming,” says game director Jeff Kaplan on the forums. “The reason we don’t talk about new hero development more is we took the community feedback regarding the Sombra ARG to heart.”

“Many players seem to think of things in a very binary or black and white sort of way,” he says. “For example, a hero needs either a buff or a nerf. A lot of players also come at things from a binary point of view, meaning they either see themselves as that hero or the victim of a hero.

“We try to approach things from a more objective stance (and many other players do as well), meaning we want to represent both the people playing a certain hero as well as those fighting against that hero.”

He goes on to say that the game isn’t really set up for maining a certain hero, but they understand that it’ll happen. Unfortunately, this mentality is what leads to people wanting their counters nerfed to hell.

“So I know not all of you think this way, but a lot of our players are only happy with very binary balancing: nerf or buff,” he explains. “And even though it might seem like that’s what happens with a lot of heroes, we rarely start from that place in our balance discussions. We try to represent the players of those heroes as much as the victims of those heroes. In a perfect world, you all should technically be both.”