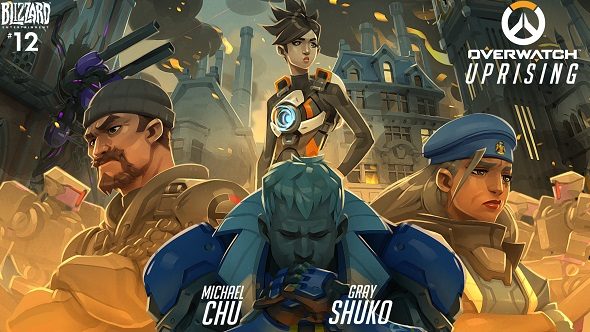 There’s a new Overwatch comic out, called Uprising. The story shows us an Overwatch where Tracer is a cadet, Soldier: 76 has a face, and Reaper is one of the good guys.

In the new comic, King’s Row is under siege from omnic sympathisers and Overwatch want to get in there and help. Problem is, the prime minister doesn’t want to know.

Strike Commander Jack Morrison – or Soldier: 76 – feels like his hands are tied, but a new recruit, Tracer, has other ideas. She wants to protect her home, so she bends Morrison’s ear.

In the comic we see a bunch of familiar faces – Torbjörn, Ana, Mercy, and Reinhardt all make an appearance, each one donning their classic Overwatch attire.

We also get to see a rookie Tracer sparring with Genji. It’s pretty lengthy too. I don’t think Jeff Kaplan was joking when he said this was the best comic yet.

Have a read of the Overwatch Uprising motion comic at that link.