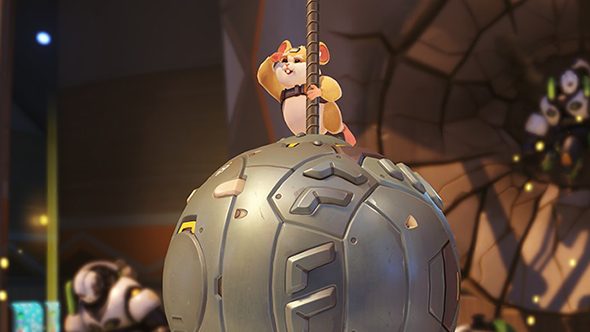 Chinese Overwatch players claim they’re being instantly banned from the game for typing the words ‘Winnie the Pooh’ in public chat. Over the past few days, several players have posted across forums and social media, complaining about their bans, which they say are the result of referencing the fictional character.

The claims seem to originate from a post on Chinese social media site Weibo. According to a translated version of that post (via Dexerto), a player was banned after responding to a question posted in public chat: “anyone knows who is best friend of Tigger?”

They say that “at that time I didn’t know it was a trap, so I think about it and say “Winnie the Pooh.” They say that their account was immediately banned. Another post (translated via resetera) made similar claims, and Overwatch’s Chinese forums now seem to be overrun with players who have fallen prey to the trick, with some claiming that Blizzard are not responding positively to appeals. Other players claim that the term ‘Tigger’ is now also triggering bans.

We’ve reached out to Blizzard to verify the accuracy of these claims.

If true, the bans are very likely to relate to a meme comparing Chinese General Secretary Xi Jinping to Winnie the Pooh. The fictional bear is based on a teddy bear belonging to the son of original author A.A. Milne, and first appeared in 1926. The stories were adapted by Disney in 1966, and the animated version of the character has seen repeated comparisons to the Chinese leader.

This is just the latest videogame-related controversy concerning the character. An easter egg hidden within recently-released horror game Devotion featured the words “Xi Jinping Winnie the Pooh moron.” That caused the game to be review-bombed by Chinese players, before eventually being pulled from Steam pending a “complete QA check.”