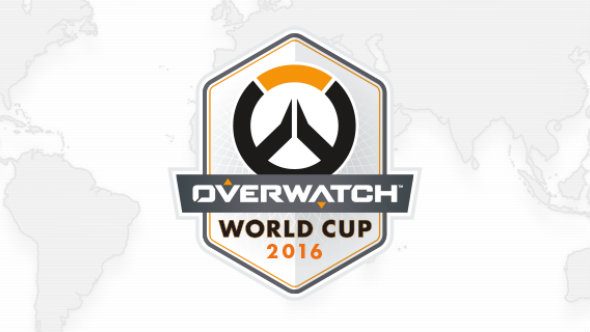 Update August 5, 2016: As part of the Activision Blizzard earnings call last night, Mike Morhaime said that further Overwatch eSports details would be coming in the future.

The World Cup isn’t the only thing Overwatch eSports will have to offer in the near future, and we won’t have to wait long to find out about it. As part of last night’s second quarter earnings call with all the Activision Blizzard bigwigs, Blizzard CEO and co-founder Mike Morhaime said more information is on the way this year.

Hone those shooting skills in our list of the best FPS games on PC.

In response to a question regarding Overwatch moving forward, Morhaime called the Overwatch World Cup “a good first taste” of their ambitions for the game as an eSport, following it up by saying they would talk more about their “Overwatch eSports plans later in the year.”

So, nothing concrete as of yet, but if the slightly-odd World Cup tournament (with its voted-for national teams and lack of a prize-pot) doesn’t spark your interest, there’ll be more later. Chances are it will be announcements regarding a worldwide league/qualification process for a more standard tournament at next year’s BlizzCon.

You can listen to the full ActiBlizz earnings call via their Investor Relations site. It is quite dull, especially if you’re not sure what “GAAP” means.

Original story August 4. 2016:BlizzCon 2016 will host the Overwatch World Cup in November, but not before each country votes on their representation and these elected champions duke it out in the qualifiers.

Players who have distinguished themselves in the Overwatch community – pro gamers, skilled community personalities, and local players who’ve climbed the ranks in Season One of Competitive Play – will be selected to represent their country.

Then, beginning August 11, the communities from each nation or region will vote for the nominees they’d most like to see on their country’s team roster. Blizzard will supply information on these players’ competitive rankings, as well as their favourite heroes, allowing you to make informed choices. 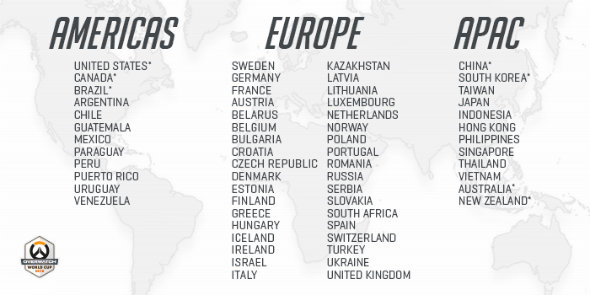 *Blizzard note that, “due to a variety of factors, including server locations, regional infrastructure and connectivity, and other geographical considerations, these countries will automatically be advancing to the competition at BlizzCon for this exhibition”.

The matches will be streamed live, with details to come at a later date. There won’t be a prize pool for the tournament, however, the top 16 teams competing will receive “an appearance bonus and a free trip to BlizzCon”.