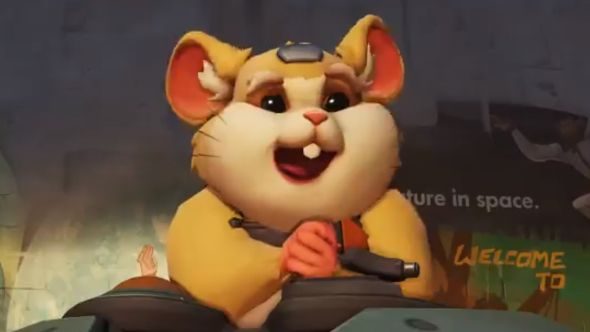 Sometimes writing about videogames forces you to confront the darker side of the internet, and today is one of those times. Overwatch is a game about celebrating team spirit, diversity, and the love that can exist between fictional characters in the minds of fans around the world. So can someone please explain why it is now also about shooting adorable smiling pets in the face?

It brings us no joy to report this news, but some horrible monster has discovered that you can actually shoot Hammond, Overwatch’s cuddly new hamster-hero, directly in the head while he leaps out of his spider mech during an emote dance.

Maybe try not to brutally murder adorable hamsters when you play the best multiplayer games on PC.

Suspecting nothing, Hammond leaps out of the top hatch of his Wrecking Ball mech and into the air, pumping his fist as he reaches the apex of his jump. It’s at this point that we realize that we’re watching this from the point of view of some utter vandal playing as Widowmaker (of course), who takes a potshot at the cute rodent.

Wrecking Ball repeats his celebratory emote, andWidowmaker doesn’t miss – her bullet strikes poor Hammond right in the skull-piece, and his limp, lifeless little body tumbles to the ground below, where the remains of his ball-mech are evaporating like so many cinders.

It’s all extremely upsetting, so of course you’ll want to see it immediately.

Wrecking Ball is a disruptor-tank hero, and he can be found on the Overwatch PTR seeking his revenge for this crime, like Roland the Thompson Gunner of old.