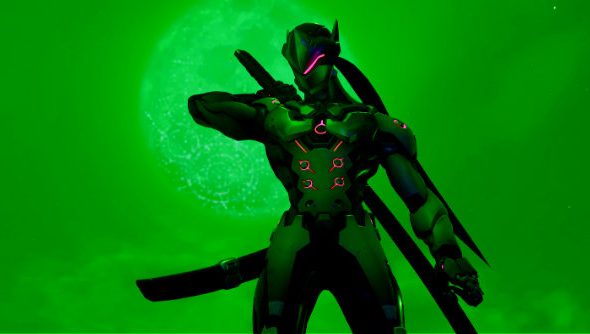 Between beta and the full release, Overwatch could do with an overhaul on its colourblind options. While at first glance they seem extensive – especially when compared to a lot of games – their implementation actually makes things worse for many people affected.

Overwatch’s beta is brilliant, and perhaps one day it’ll find its way into our list of PC’s best FPS games, but hopefully this is sorted first.

Did you know that 8% of the world’s men are colourblind? If you were wondering how many people that was exactly, let me enlighten you: it’s a shit load. I’m colourblind, for god’s sake. You might even be! Hello!

It’s a shame, then, that many games still resort to the easy shorthand of red=bad, green=good, especially as red & green colourblindness is by far the most prevalent type. I often have trouble with shooters especially for this reason, or when they don’t allow you to tweak the colour of a red dot sight on a gun – those laser pointers kind of disappear against certain other colours for me.

I’ve not had many issues with Overwatch for whatever reason, but there are lots of colourblind people reporting that the included colourblind modes – which I haven’t actually tried personally – just make things worse. This is because they use filters, rather than actually tweaking problematic elements of the UI.

“It’s pretty straightforward to address,” explains accessibility expert Ian Hamilton in a lengthy forum post.”[The] first port of call is to simply avoid relying on colour alone – through adding symbols, text, varying enemy designs etc. If you can’t do that, but have a simple enough colour palette you can use a single one-size-fits-all colour choice (e.g. Rocket League’s orange/blue teams).

“If neither of those things is possible, as is often the case in FPS games, you do a quick audit of all of the ways in which being able to distinguish certain colours is important, and tweak those specific UI/gameplay elements accordingly for the different types, checking with a simulator to make sure there aren’t any resulting contrast issues. For example if you use red and green for team colours and whether something is in your sights, for protanopia you might change the name indicators, the minimap markers and the crosshairs to orange/blue instead of red/green. This is the standard approach taken for colourblind modes, proven many times in many games.

“But the approach that was taken with World of Warcraft, and then translated across to Overwatch, is different. Rather than adjusting only the items that need to be adjusted, instead WoW’s simulators were tweaked into filters. Filters aren’t the best way to approach colourblindness. If you’re colourblind you see in a limited range of colours, so there are not actually any free colours that you can shift entire colour ranges into. All you can do is compress the palette, which swaps some clashes for other clashes.”

Check out Ian Hamilton’s full post for the full explanation and a bunch of examples of comments from people affected. Hopefully Blizzard address the issue in response to the beta feedback. Let us know if you’ve been affected in the comments.

If you’re looking for further reading on the topic of colourblindess in games, I spoke to Hamilton and some developers about the issue on IGN a while back.