Blizzard have revealed plans to expand Overwatch’s madcap universe both within the game and in a series of animated shorts, some free web comics, graphic novels, and whatever else takes their fancy.

Will Overwatch find its way onto our list of PC’s best FPS games once it launches in May?

The animated shorts in particular are worth getting excited about, at least if Blizzard’s history with creating 3D animations is representative of what we’ll be getting.

“Interested in the story behind Genji’s and Hanzo’s in-game banter? Wondering why Tracer and Widowmaker don’t seem to get along? Curious about all those jars of peanut butter scattered around the lab in Watchpoint: Gibraltar?” asks the official blurb. “You’ll have a chance to dig deeper into these characters’ histories and explore their world beyond the battlefield through a collection of animated shorts, free digital comics, graphic novels, and more.”

The first animated short to dig into the background of some of the characters is due to release in the next few weeks. You can watch a teaser trailer below:

On top of this, a six-issue series of free digital comics are being released in the lead up to the game’s launch, each focusing on a different hero.

The first of these is debuting in April and tells a story about the vigilante gunslinger McCree. See its cover below: 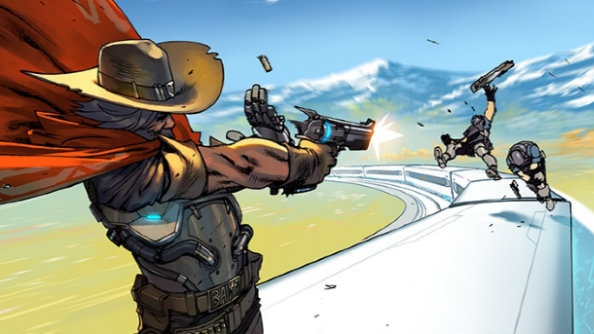 “Written by Micky Neilson and with art by Ludo Lullabi, First Strike explores the early days of Overwatch, the elite international strike team that was assembled to save humanity. You’ll learn more about the origins of some of its founding members like Soldier: 76, Torbjörn, Reaper, and Reinhardt, years before the events of the game!”

Take a look at a brand-new teaser for First Strike, coming later this year: 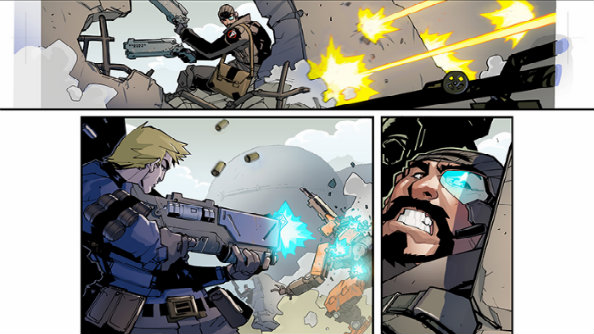 Overwatch launches on May 24, with an open beta coming early May.