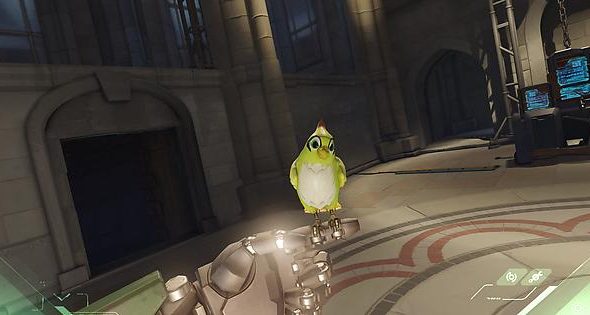 Update February 7, 2017: Blizzard are still working on a way to let PC players easily save and export highlight videos, Play of the Game clips and the like.

It might have been May last year when we last heard about the feature, but Blizzard say they are still at it, and they say they’re making good progress. There’s still no word on a release date, however.

Looking for more competition? Check out our list of PC’s best multiplayer games.

“We’ve made significant progress on this feature,” said Overwatch game director Jeff Kaplan. “We’re still working on it. We don’t have an ETA yet.﻿”

Original Story May 31, 2016: If you think the Overwatch subreddit could do with a few more Play of the Game videos, you might be in luck at some point in the near future. Blizzard are actively working on a way to make sharing gameplay clips easier for PC players.

While PC players can use third-party software to record their cool Overwatch moments, console players have it much easier with their built-in video sharing functions. Hopefully we’ll be getting a taste of this ease of use sooner rather than later.

In a thread on Battle.net today, game director Jeff Kaplan revealed that the developers were working on such a feature while explaining how the game’s Highlights system works.

“The game will temporarily archive five highlights from your last play session,” he said. “Playing only one game will only result in one highlight. Highlights are not currently saved if you close the game and come back.

“Our hope (and what we’re working toward) is to allow players to save highlights or export them to a video format someday.”

This tallies with another post earlier this month, where Kaplan said: “We’re glad players are enjoying the Highlights feature so much! We have some wishlist features for Highlights that include saving and sharing those awesome moments. There are some big technical hurdles to make that happen but it’s something we really want to get to.”

Would you be interested in this feature? Let us know in the comments.