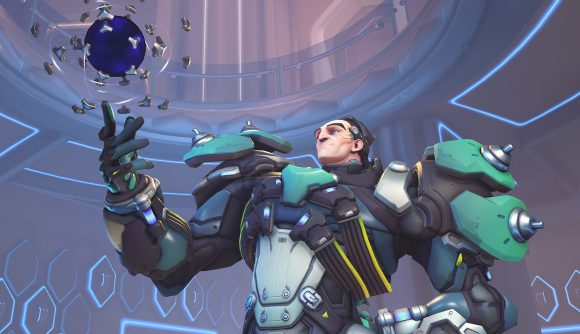 Sigma is the latest addition to the Overwatch roster, and the game’s players have been putting the new hero through his paces on the PTR. Sigma’s abilities include the ultimate Gravitic Flux, which lifts enemies into the air before slamming them to the ground for big damage – and, it turns out, there’s one use for the ult that can lead to an instant win in certain situations.

Picture this: you’re in a tight Escort match and your team has managed to push the payload to the victory point in the final seconds of the game. Now you’re fighting it out in overtime. Then the defending team’s Sigma gets his ult charge, and simply lifts you into the air in a massive AOE strike – the payload inches away underneath as you helplessly watch from above.

That’s exactly the situation players on Reddit (via Dot Esports) have found themselves in on the PTR. Other characters certainly have the ability to control a tight space in disruptive ways, but the size and power of Sigma’s ult is uniquely useful in this situation. It could be a real game-changer in the crucial last seconds of an objective.

The question, of course, is what the counters are. That’s the kind of thing that’s subject to change during PTR testing, but it’s likely Orisa, Mei, Reaper, and a handful of others will continue to have an out from a well-placed Gravitic Flux.

There’s a bit of time left before Sigma hits live servers, but you might want to start working out your strategies now.