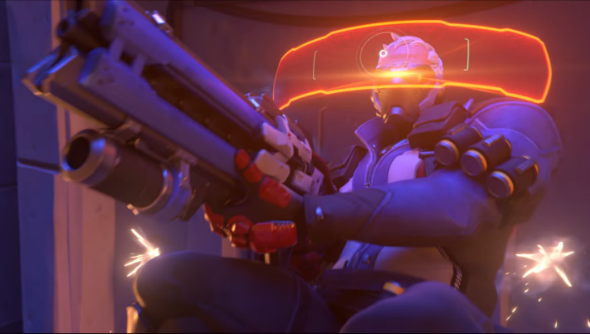 Just over a day until Overwatch releases to the world, Blizzard begin the final countdown with another cinematic trailer, this time centred on all-American hero Jack Morrison AKA Soldier: 76.

Here are the best upcoming PC games for when waiting for Overwatch isn’t enough.

The trailer expands on the current day-to-day activities for the former leader of Overwatch, the original squad of heroes tasked with saving the world from something or other.

It seems the big hero now spends his time in El Dorado beating up small-time gang members and saving pocket money of brats who don’t want to curb-stomp a dumb robot.

More lore and backstory is on the way for Overwatch throughout its release as graphic novel First Strike is set to be completed this year and there are still several characters waiting for the cinematic trailer treatment.

Overwatch releases at midnight May 24 GMT, and the equivalent time across the globe, so our American friends in the past technically get it a day earlier. We’d call them lucky but that Trump thing is still happening over there, so…

Anyway, here’s your trailer about an old man and some glow-in-the-dark facepaint connoisseurs: