Blizzard have finally revealed new hero Sombra at BlizzCon alongside new 1v1 and 3v3 game modes, plus two new maps to arrive in the game before the end of the year. They also revealed the Overwatch League, a professional eSports league with contracted players and combines for teams to draft from.

Sombra’s final arrival after a months-long ARG reveals much of what we already suspected is true, as a cloaking, Uzi-toting hacker able to control electronic devices and disrupt enemy abilities through purple tendrils from her fingers. You can read all of the in-depth details of Sombra’s abilities, skins and lore over here.

The new game modes will be available through a new play mode in the game called Arcade, and will feature 1v1 and 3v3 arena-style matches, which will also bring two new maps: Oasis and Echo Point Antarctica, the base Mei was cryogenically frozen in. 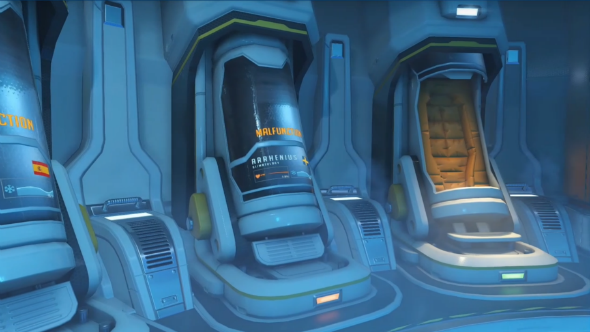 Arcade mode will provide up to three loot box rewards for players who win matches over a series of different game modes – though in the first week you’ll be able to earn up to five, so get involved.

The game modes are: 1v1 Mystery Duel. where you and a single opponent are randomed the same hero for each round in a best-of-nine battle; 3v3 Elimination, where you play with two other team-mates, any single-hero-limit team composition, but locked in for the rest of the round in a best-of-five – each round is no respawn; 6v6 Mystery Heroes, normal quick play but you are randomed a hero; 6v6 No Limits, as quick play will now be single-hero-limit, here is where you can play the old “six Torb strat”; and finally, All Brawls, where you’ll be able to play any of the current brawl modes.

Oasis, the other new map in development, is a control map experimenting with jump pads in the level design. 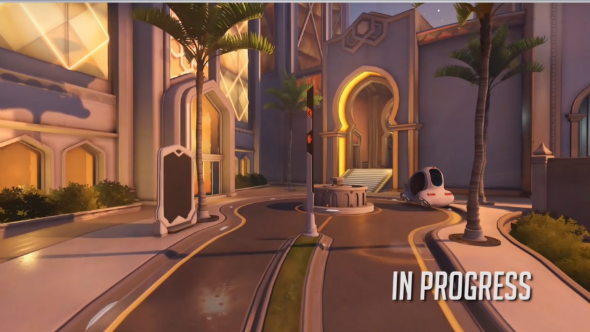 All of the above, apart from Oasis, will be available on the Public Test Realm next week from Tuesday, with the desert-themed control map following in December.

The Overwatch League (which has an incredible logo) will see players attend combines to be scouted into professional teams, with contracts and minimum salaries, and details will follow over the next few days no doubt.