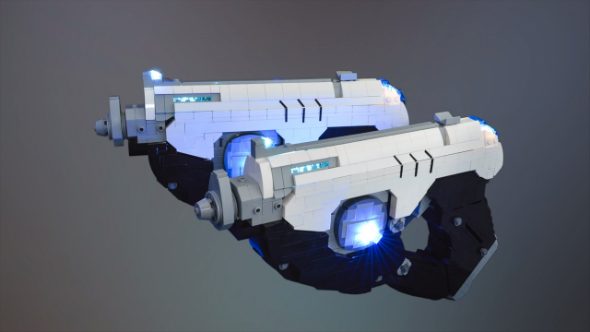 YouTuber Nick Brick has posted a video showing a Lego remake of Tracer’s pistols from Overwatch, the latest in a series of weapons from the game that Brick has assembled from Lego. Past iterations include Genji’s shuriken, Ana’s Biotic Rifle, and D.Va’s Light Gun.

For the latest from the game itself, check out all the details on Overwatch patch 1.10.

Tracer’s pistols are each made of 1,063 bricks, and feature LED kits that light up select areas on the gun. The pistols have a functional trigger, though they don’t fire projectiles and movable circular modules that pop out just like they do when Tracer reloads in-game. There’s some awesome craftsmanship that obviously went into making these pistols a reality, and it’s impressive to see them in action, which you can do with the video above.

Though these pistols are cool as-is, imagine the utility they would have when paired with an upcoming HTC Vive Tracker. Suddenly these Lego reproductions of fan-favorite weapons could become a huge draw for VR gaming buffs. Just think about it.