Oxenfree didn’t need a sequel. The supernatural campfire tale of troubled teens stumbling across a ghostly rift is a gripping, self-contained horror story. But the moment Oxenfree II: Lost Signals was revealed, I realised some of the threads a sequel could explore, and got excited all over again about spelunking through haunted caves and getting to know a fresh cast of unwitting paranormal investigators. While a brief hands-off presentation can’t say how much of a sequel Lost Signals is, it does make one thing very clear: Oxenfree II expands on the original in every way.

You play as Riley Poverly, an environmental researcher who returns to her home town of Camena – just a stone’s throw away from Edwards Island, the first game’s setting – to investigate strange radio transmissions. Within the first hour she encounters a cult called Parentage, who are attempting to reopen the time portals from the first game in order to pull something out – something of great value to them. There’s no tiptoeing around the subject, or gentle teasing that something supernatural might be going on; Riley starts right in the thick of a Stranger Things-style interdimensional struggle.

There’s more at stake, certainly, but as you traipse through abandoned mining facilities and labyrinthine caves, Riley and her timid companion Jacob will fill the airwaves with endless chatter. Sometimes it’s about the mysterious goings-on, sometimes about their friends, sometimes about themselves, and very often about nothing at all.

The two are constantly talking, and as with the first game you’re able to cut in organically with one of three dialogue options whenever you respond to Jacob, which helps keep you busy as you wander through the cave. The tone throughout is dry and sardonic, so your mileage may vary when it comes to your response to them, but for the most part I found them a drolly amusing pair. 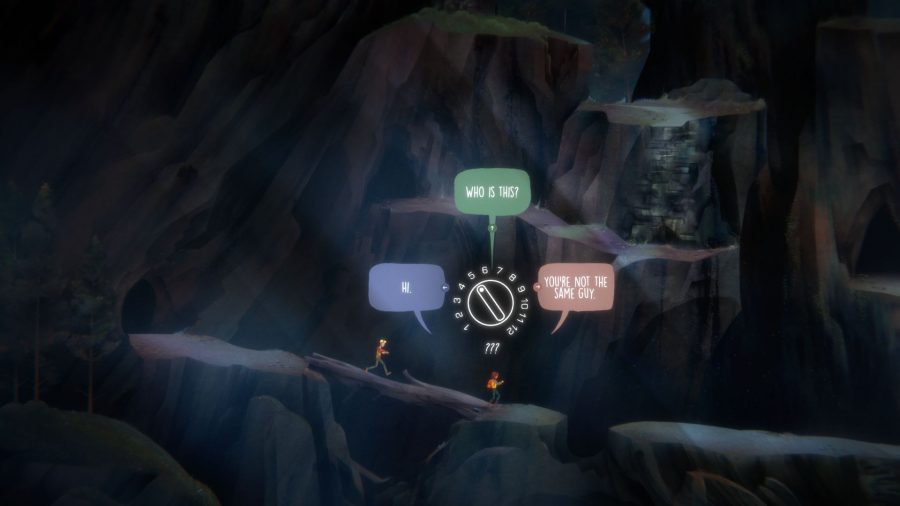 Jacob isn’t the only person you’ll interact with. Thanks to a new walkie-talkie, you’ll chat with other residents of Camena as they wrestle with their supernatural experiences – as well as with more peculiar, less knowable voices. Whether mundane or less so, these NPCs will send you on small side quests, like tracking down a lost backpack, and in exchange they’ll offer additional clues for your investigation. The walkie-talkie introduces a more active component to Oxenfree II’s dialogue, as you can choose to completely ignore some messages, while building friendships with other characters who radio in.

The map doesn’t look much larger than the original game, but it also seems that these new interactions will fill Camena with more things to do, and much better reasons for backtracking, than we had back on Edwards Island.

The demo closes with Riley and Jacob uncovering a time tear in a disused mine shaft, which Riley confidently opens by tuning the signal on her radio. By heading into the time tear, the pair are able to explore the mining complex during its heyday back in 1899, including areas that are inaccessible in the present day. This grants us access to an elevator so we can reach a new area, but we’ve also travelled back in time to the exact moment the cave collapsed, and so the demo ends with Riley and Jacob making a dramatic leap to safety. 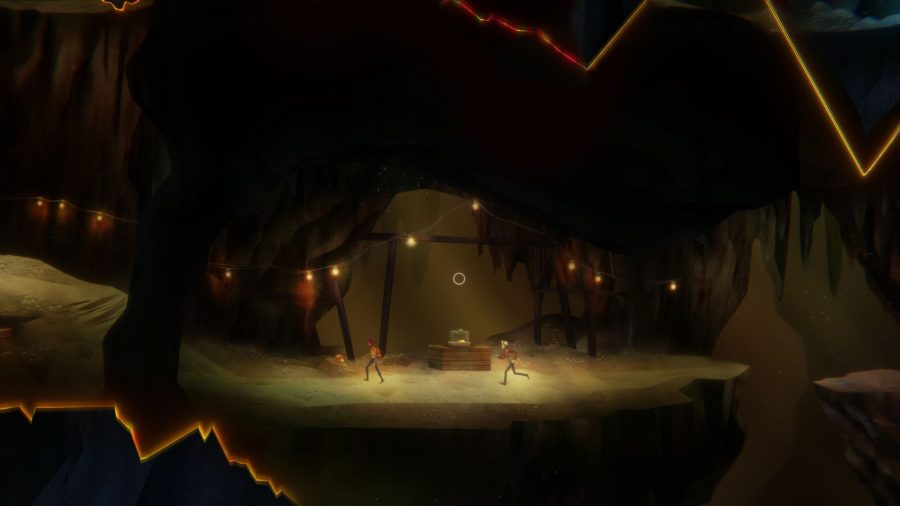 Exactly what would happen if the two failed to escape is left unanswered, but this being Oxenfree I’m hopeful that there’ll be a more sophisticated outcome than a game over screen. And that’s really the question that still provokes some anxiety in Oxenfree II. It’s got the same wry tone of voice and beautiful painterly art style as its predecessor, but whether or not it’s a success depends entirely on how it deals with choice and consequence. Clearly, there’s more action and decision-making here, but we’ll have to wait until the indie game’s 2022 release before we see how any of it shakes out.