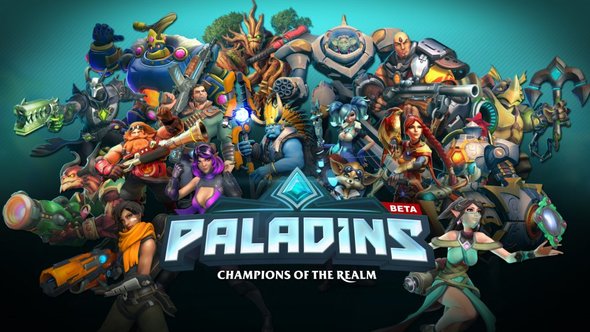 Paladins will officially launch next week. Hi-Rez Studio’s hero shooter, which has been in open beta since September 2015, will see its full 1.0 release on May 8.

Want to be a shoutcaster? Just start.

As part of a two-week launch celebration beginning today, Hi-Rez say they’ll be giving away up to $100 million in in-game currency. Any player who has played the game during beta can simply log in to the game from May 8-31 to receive 200 crystals. The launch celebration will also feature an esports tournament in Las Vegas.

In an interview, Paladins’ executive producer, Chris Larson, said “for the past 20 months, the team has been iterating on gameplay, trying different version of the card system, creating a roster of 36 unique champions, and developing the game on various platforms.” The reason Hi-Rez have decided to move to full release now stems from the fact that with “the OB70 release that went live on PC last week, the team feels really good about the bones of the game,” and Larson also says that “the release marks Day 1 of a game that we plan on providing service to our players for [for] years to come.”

The full release will introduce a few changes to the overall schedule, and Larson says “now that we are released we are going to take a step back and revisit the cadence of our update schedule.” 2018 will still see four new champions, but Hi-Rez “want to spend more time refining the systems that we have in place, fixing quality of life issues that players are asking for, and making sure that every patch has awesome new content for our community to engage with.”

You can check out Paladins’ official launch trailer at the top of this article. The game’s full release will occur across PC, Xbox One, and PS4 early next week.