The Japanese panel manufacturers have announced to the world their new IPS screen technology, offering the same levels of contrast as OLED panels and the same brightness as Quantum Dot displays.

That’s all well and good, but these are the best gaming monitors around right now.

The new technology takes essentially the same design as a standard liquid crystal panel but placing a layer of light modulating cells between the backlight and the RGB display cell itself. This extra layer allows for much tighter control over the backlighting of the panel, down to a per pixel level.

Because they have independent control over the display cell and the light modulating layer light leakage has been dramatically cut. Panasonic reckon they’ve been able to achieve a contrast ratio of 1,000,000:1 with the new IPS tech, something only seen before in the ultra expensive OLED panel technology with its perfect blacks. 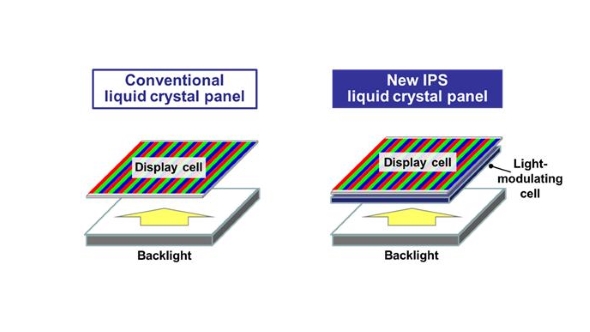 Panasonic have also used a high-brightness backlight with the new panel design, which means the new IPS displays are able to achieve a peak luminance level beyond OLED and more akin to what Samsung have been preaching about with their Quantum Dot screens. The maximum brightness of the Super IPS design is 1,000cdm2 with a minimum brightness of just 0.001cd/m2.

That means Panasonic’s new tech has also got almost the same perfect black representation as OLED screens and far deeper than even Samsung’s latest Quantum Dot displays measured at 0.045cd/m2 for their minimum brightness.

Because of the huge contrast ratio and the peak and minimum luminance levels the new IPS design looks to be a fantastic option for HDR monitors and TVs. At the moment Panasonic are talking about the technology going into medical disaplys (y’know for checking our x-rays and the like) or for broadcast monitors and HDR video production. Or cars. Weird. 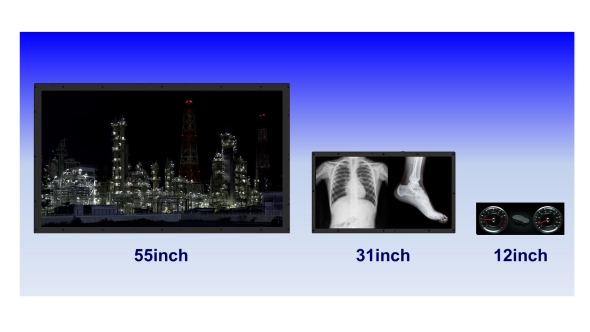 Samples are meant to appear in January of 2017 and it looks like they’ve managed to get the new tech into production so quickly because they can just use their existing manufacturing equipment. Panasonic’s existing production lines are capable of creating screens from 10-100 inches across, but whether this new IPS design will make its way into gaming monitors is currently unknown.

And even if it does, it probably won’t be any time soon. When was the last time you saw a Panasonic PC monitor? But hey, if Asus wants to license the panel and stick it into a new 4K ROG Swift I’m not going to complain.

Though Panasonic haven’t yet announced any potential refresh rate or response time levels, and those are going to be key elements as to whether the new IPS tech is going to be suitable for gaming. Already some gamers complain about a 5ms response time for existing IPS monitors, if that gets pushed up by another layer of crystals getting in between backlight and display then that could well be a deal breaker.

But if it can achieve the same performance as current IPS monitrons, or better, then the new IPS could be all the display technology we’ve ever needed and my search for the perfect gaming monitor might well be over.

What the hell am I going to fixate on then?