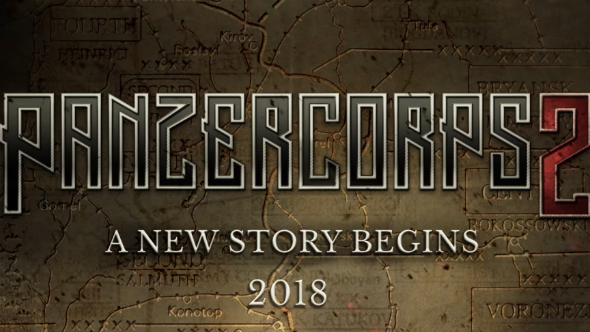 Slitherine have announced Panzer Corps 2, which means the first game can finally come how after five years of active duty reinventing the wargame genre with a blend of accessibility and complexity so perfectly balanced even a genre newcomer could turn up and turn things around for the ill-fated Axis armies. The sequel is being made with Unreal Engine 4, ensuring a sizeable leap forward for the graphics of the series, but apparently no change to the core gameplay. You can watch the very limited teaser trailer above, but don’t expect to see much more than quotes about how great the first game was or old maps.

Want to get up to some scheming? Check out our list of the best strategy games on PC.

So why the shift to a shiny, fully 3D engine like Unreal Engine 4? According to the official press release, the engine change is intended “to allow an impressive leap forward in both technological capabilities and visual impact. Hundreds of World War 2 units will be shown with a level of quality and detail never seen before in a wargame.”

“The move to a fully 3D engine is a natural evolution of the game, but the core gameplay will always remain true to its roots: pay tribute to the classic gameplay of a distant golden age of strategy gaming, refine it, perfect it and use the most recent technologies to enhance these experiences and bring them to a new generation of gamers.”

The trailer does at least give us a loose release window of 2018, so it shouldn’t be too long before we’re once again given free reign over the bad guys’ armies for some classic military overcommitment and mismanagement.