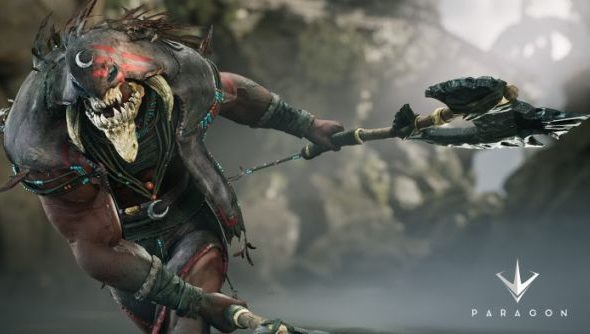 Paragon expands again today with the addition of the very angry Khaimera and his really weird skull. He wields two axes and spends a lot of time slicing people to pieces with them, leaping into the air to close gaps and generally making a sharp, painful nuisance of himself.

Where does it sit on your upcoming PC games excitement list?

A more in-depth explanation in his reveal trailer:

A rather brutal fellow, to be sure. Hunting down players seems to be his primary role, as much as it’s anyone’s job to do so in a MOBA, with tools to keep enemies in a 1v1 situation where they will be at a disadvantage. He certainly seems capable of spamming out damage, though obviously any character is going to look good in their own preview video.

Paragon’s buy-to-play currently at a budget price poin, and every character will always be free. It’s not officially out yet though, so expect bugs aplenty and give feedback if you can. Grab it on the official site.