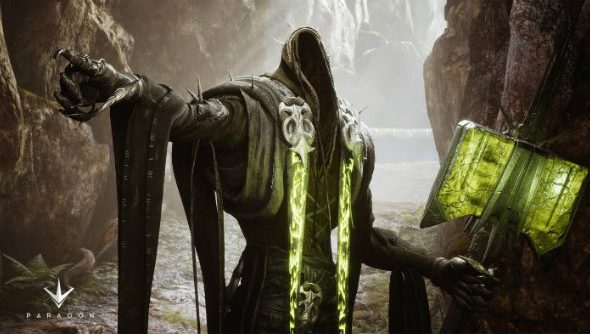 It’ll be interesting to see if Paragon joins our massive list of the best free PC games.

Sevarog is an absolute tank of a jungler, stomping through the lanes with a massive hammer and munching on enemy souls to stack health and damage, making him even more tankier and stompier.

See the beast in action in the new trailer below:

In true MOBA tradition, some tweaks have also been made to the current roster to ensure no heroes have an unfair advantage.

With this in mind, a balance pass has been made for Grux and Feng Mao. The data was showing that players were more likely to win playing as either of this pair, so they’ve had a bit of a nerfing to make sure they’re ready to face Sevarog’s hammer.

Specifically, their damage scaling has been decreased in the late game, but their early game damage has been given a bump to make sure they’re still viable throughout a match.

Future updates aim to focus on tweaks to movement speed and travel mode (Paragon’s twist on sprinting), as well as balance passes for other heroes. If you want to dig into the details on the latest patch, all the information is on Paragon’s official site.

Paragon is available for PC right now in paid Early Access, and the free open beta is coming in summer 2016.